Though neither wide nor deep, the Issel stream had steep banks which formed a natural tank barrier, a fact which caused major concern among the Allied command. The seizure of every intact bridge over the Issel was considered vital to the success of Operations VARSITY and PLUNDER. Two of these bridges were in the vicinity of Hamminkeln, a town located at the center of the British 6th Airborne Division's drop zone, and plans were drawn up to seize both bridges before the Germans could destroy them. It was thought the best chance would come from glider landings on top of the targets, true coup de main actions. The order to capture the bridge at the Hamminkeln train station went to the Royal Ulster Rifles.
Attacker: British (Company D, 1st Battalion, Royal Ulster Rifles)
Defender: German (Ohren-Battalion 280 and Heimat FlaK units with Kampfgruppe Karst) 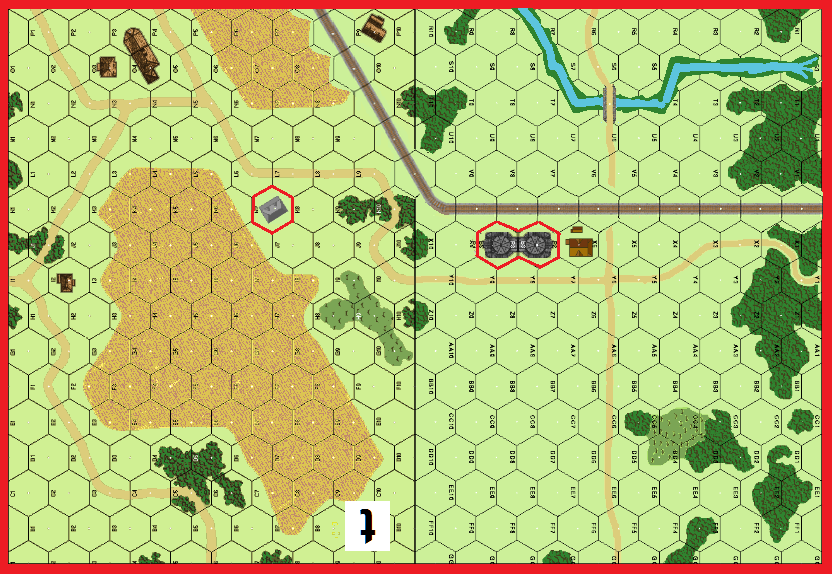 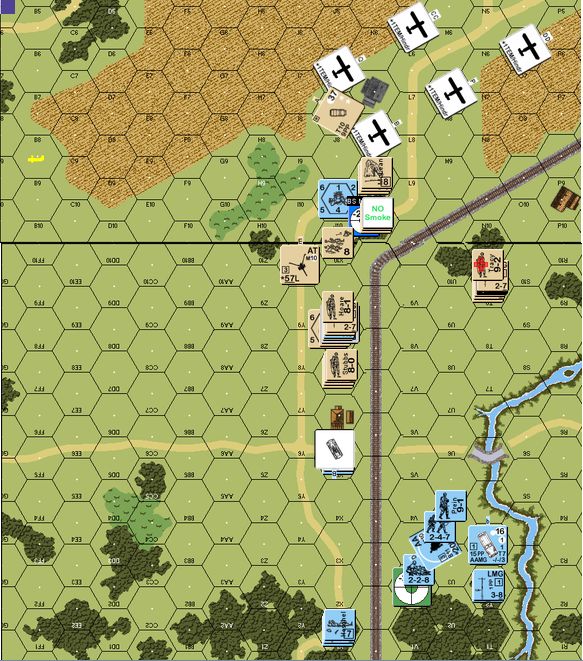 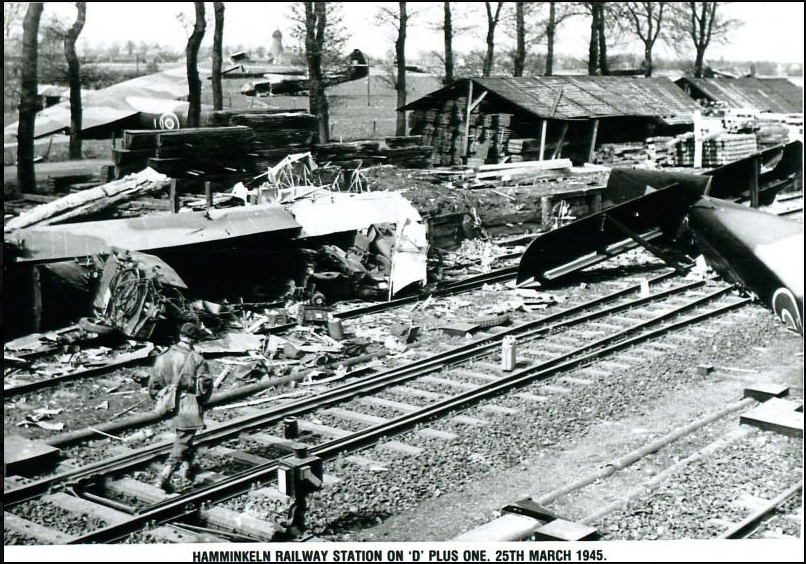 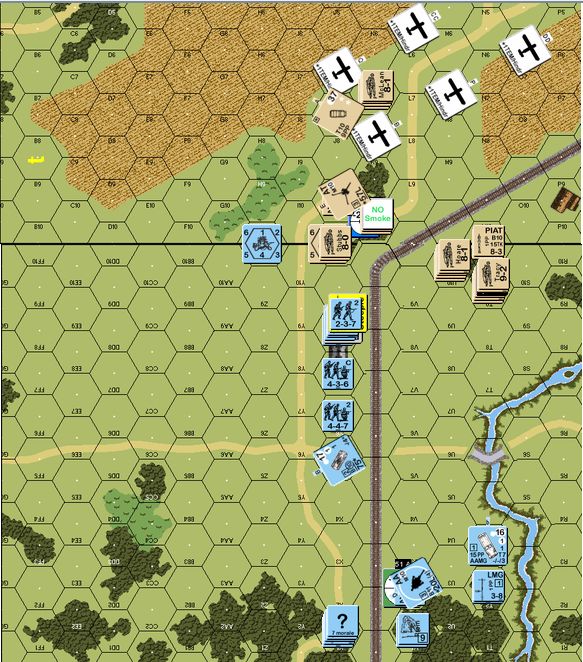 Situation at end of GT4