The final weeks of the war in Europe saw deep penetrations by the forces of General Alexander Patch’s Seventh Army, which rolled over most resistance in its path. Crossing the Neckar River proved to be one of the first true obstacles encountered by the American 100th Division. As German artillery fire from the eastern bank harassed the crossing, Armeekorps XIII commander Max Bork built a scratch kampfgruppe around remnants of SS-Panzergrenadier-Division 17 and ordered it to counterattack through the rubbled streets before the “Century Men” could consolidate their bridgehead.
Attacker: German (Kampfgruppe von Bodenhausen)
Defender: American (398th Infantry Regiment, 100th Infantry Division) 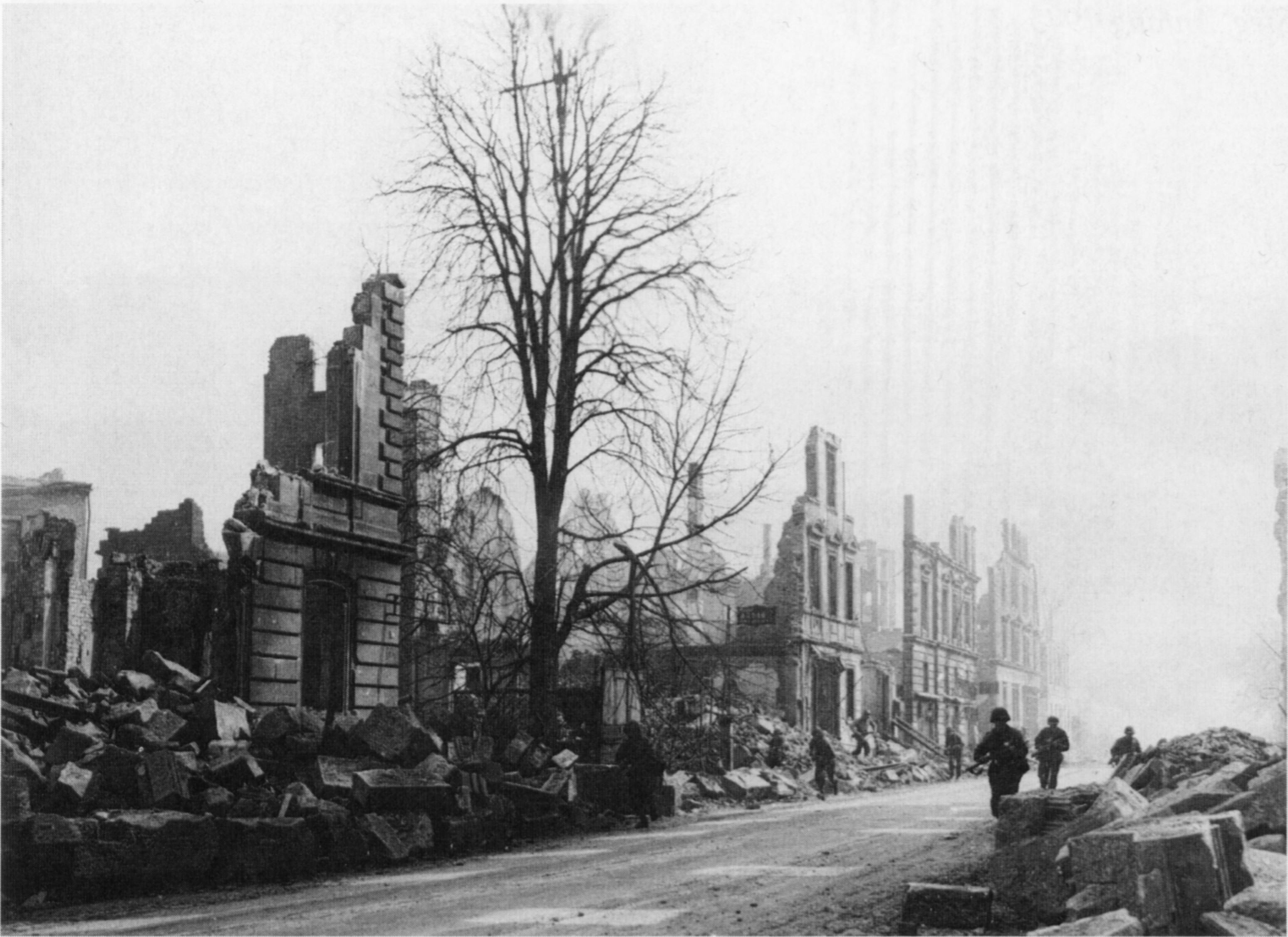 U.S. soldiers in Heilbronn. The city was leveled by bombing. 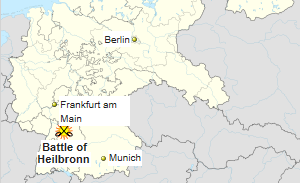