Company G, 2nd Battalion, 119th Infantry Regiment was advancing toward Hollen under the cover of artillery until it came under fire from the German outposts south of town. Heavy fighting developed as G Company advanced by means of fire and maneuver to take a few houses in Hollen. A group of Panther tanks joined the fray and started blasting away at the Americans with their main guns and machine guns. The Germans were gaining the upper hand. The only way to take Hollen was to knock out those tanks. Armed with a bazooka, 27 yera old, Private Raymond Butts volunteered for the job.
Attacker: German (Remnants of Volksgrenadier Division 363 and elements of Panzer Division 9)
Defender: American (Company G, 2nd Battalion, 119th Infantry Regiment, 30th Infantry Division) 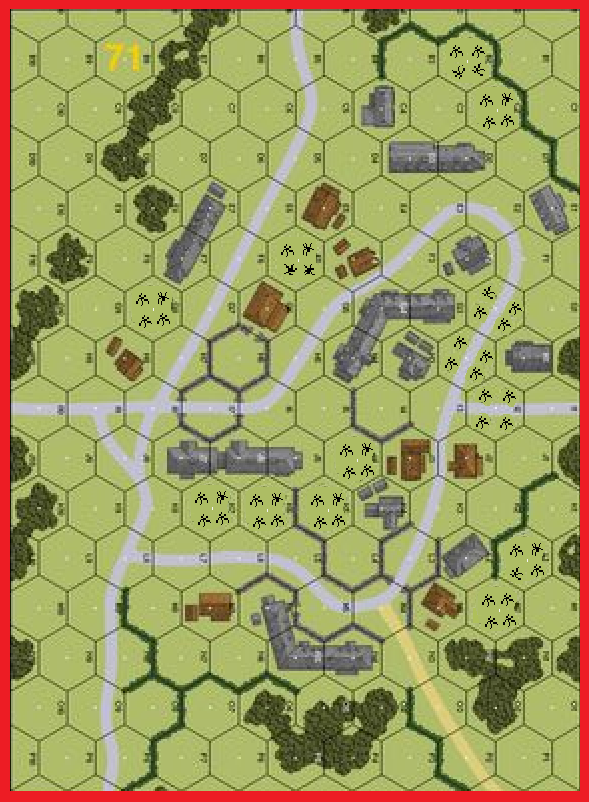 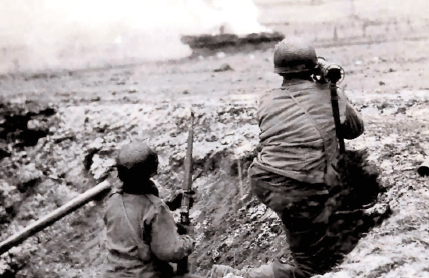