As a preliminary to Operation Market Garden the 15th (Scottish) Division was to relieve the 50th Division in the Gheel Bridgehead and clear the country between the Albert and Junction Canals (establishing a bridgehead over the latter). During the night of 13th September, the Germans, having feared encirclement and attack from the rear, evacuated the city of Gheel itself and fell back. Troops of the 15th Division quickly reoccupied Gheel meeting only light resistance. However, once Gheel was recaptured the next objective was to form a bridgehead over the nearby Junction canal so that the Royal Engineers might build a light bridge over it in order to transport the Battalion’s anti-tank guns and transport. Despite enemy opposition the crossing was complete by 0530 hours on the 14th but now the Royals faced a new challenge, the clearing of the village of Aart and it was up to D Company to lead the way and clear the eastern side of the village and the big, square, factory building which dominated it.
Attacker: British (D Company, 8th Battalion,The Royal Scots, 44th (Lowland) Brigade, 15th (Scottish) Division)
Defender: German (Fallschirmjäger Regiment 2, 2nd Parachute Division and Luftwaffe Supporting Troops) 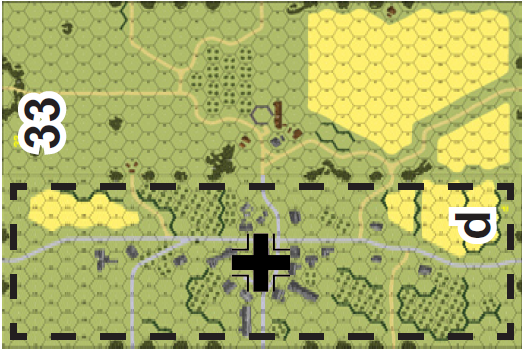