The Lagoda-Karelia area was almost devoid of roads and subjected to on eof the harshest winter climates on the planet. Far from agreeing that the area represented an impassable barrier to military forces, the Red Army sent some 20,000 men of the 139th Division, equipped with 45 tanks and 150 guns, into the Suojarvi area. The Finns repelled a number of Russian thrust before concocting a plan to destroy the 139th Division. The men of Er.P 112, led by Captain Kanerva, hit the extreme right of the Soviet formation, with support on hand from heavy machine-guns and a few artillery pieces. After one company of Finns secured a foothold on the south end of Kotisaari Island, 1st Company pressed the attack toward the north end of the island.
Attacker: Russian (364th Infantry Division)
Defender: Finnish (1st Company, Er. P 112) 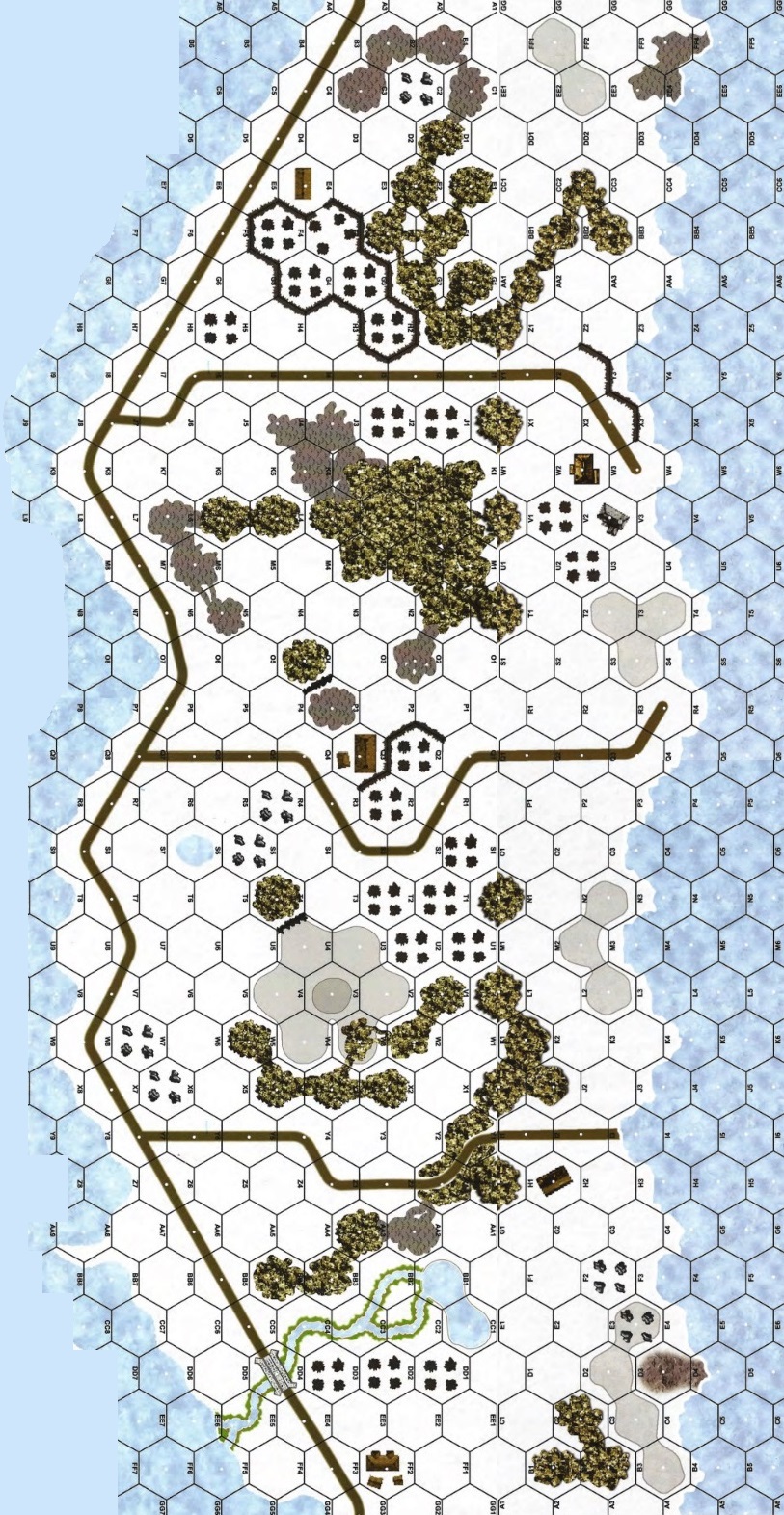