After the encirclement of Bobruisk was completed, the 1st Guards Don Tank Corps, minus its 15th Guards Tank Brigade. made a rapid penetration to the west. Simultaneously the 12th Panzer Division began movement by train to Ninth Army's sector on 26 June. and on 29 June had three Panzergrenadier battalions. a tank battalion. and most of the artillery in position and ready for combat operations. At 1900 on 29 June. the 17th Guards Tank Brigade established a bridgehead across the Svisloch River and captured the village of Lapitschi. German security units reported the penetration was repulsed, while the Russians reported that the village was held with an infantry company.
Attacker: German (Elements of Panzer Division 12)
Defender: Russian (Elements of 17th Guards Tank Brigade, 1st Guards Don Tank Corps) 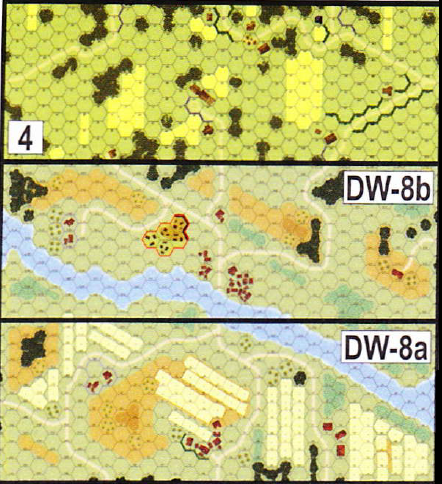