On the night of 7-8 July, Combat Command B of the 3rd Armored Division crossed the River Vire at Airel despite heavy fire. In the dark, confusion was rife as American and German tanks stalked each other among the hedgerows and orchards. Isolated firefights erupted everywhere. Around Pont Herbert the fighting was most intense; the 3rd Battalion of the 33rd Armored Regiment lost all of its command tanks. Sgt. Balderson decided to lay up in a deserted orchard and await the dawn, when he could assess the situation. He gathered a few GIs wandering around in the dark to provide him with some infantry support. Finally, the long night ended and he revved up his Sherman and pulled out of the orchard onto a road. Suddenly his gunner, "Swede" Anderson, screamed that there were enemy tanks ahead.
Attacker: American (33rd Armored Regiment, 3rd Armored Division and 120th Infantry Regiment, 30th Infantry Division)
Defender: German (Panzer-Lehr Division) 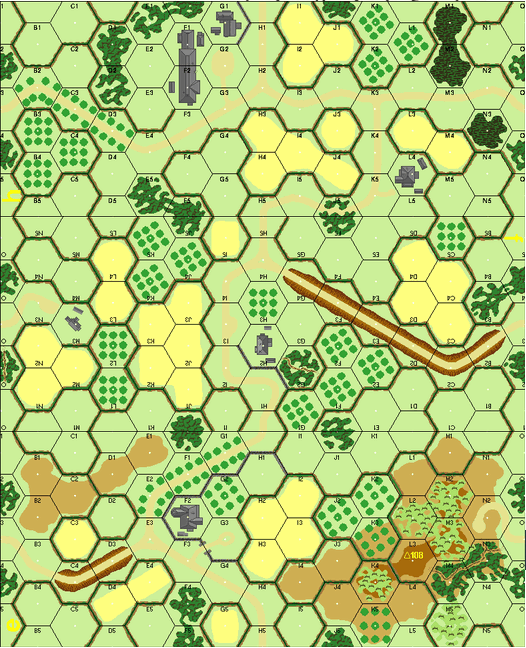