In its assigned sector, the Russian 220th Rifle Regiment with its supporting armor and artillery prepared for an assault crossing of the Landwehr Kanal. Taking advantage of the bend in the canal, the plan was to bring artillery right up to the canal to fire into the flanks of the German positions on the far bank. To provide the cover needed to deploy the guns under the noses of the defenders a smokescreen was to be laid. To back up the thin line of SS and Volkssturm, the remaining artillery and a King Tiger had been deployed near the Anhalter Station just to the rear of the line. The smoke screen allowed the guns to be unlimbered on the south bank of the canal and when the smoke lifted the guns and rockets let loose a whirlwind of shells into the German lines at point blank range. As the defenders hiding in the rubble rode out the fire a lone enemy tank rushed the bridge and burst into flames. Thinking that the tank had been knocked out the Germans stopped firing at it. This few seconds of confusion allowed this burning tank to cross the bridge and roll into the German line with guns blazing. Russian infantry followed the tank across and another bridgehead was gained. Heavy room to room fighting erupted on the north side of the canal as the desperate SS attempted to eliminate the Red Army troops and secure the lines. Additional waves of Russian troops pushed the Germans back and secured control of the bridgehead.
Attacker: German (SS) (Elements of SS Panzer Grenadier Regiment 24 "Danmark" and Berlin Volkssturm)
Defender: Russian (Elements of the 220th Guards Rifle Regt, 79th Guards Rifle Division) 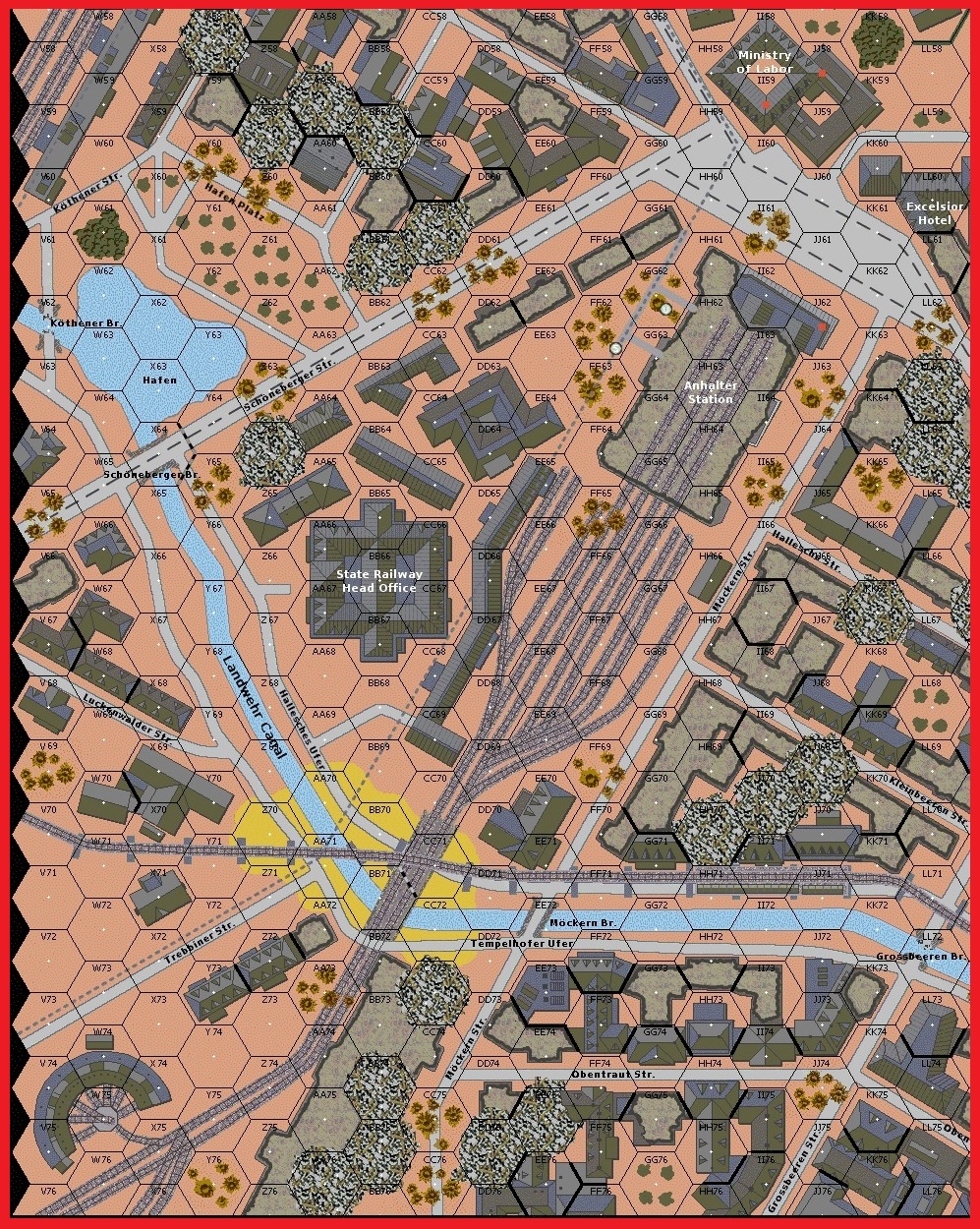