During bloody fighting at the canal the Red Army gained a small bridgehead at the Belle Alliance Platz. They than poured tanks into the plaza in an attempt to force a breakthrough with masses of steel. In an effort to contain the bridgehead 2 platoons of anti tank troops were sent to the front. The Russian attack kicked off at dawn with columns of tanks advancing up the Wilhelmstrasse heading straight towards the heart of the defense with only light infantry support. Lacking heavy weapons the desperate French SS jumped out of the rubble and shot up one tank after another with panzerfausts. The attack quickly stalled and the Red Army pounded the Germans with an unlimited supply of heavy artillery. As the shells came in the Germans retreated back into the rubble and the remaining tanks retreated back to the Belle Alliance Platz. Both sides licked their wounds and prepared for the next round. This round went to the Germans but the Red Army could replace their losses. Each German that fell would not be replaced.
Attacker: Russian (5th Shock Army)
Defender: German (SS) (Elements of Sturm Battalion SS "Charlemagne") 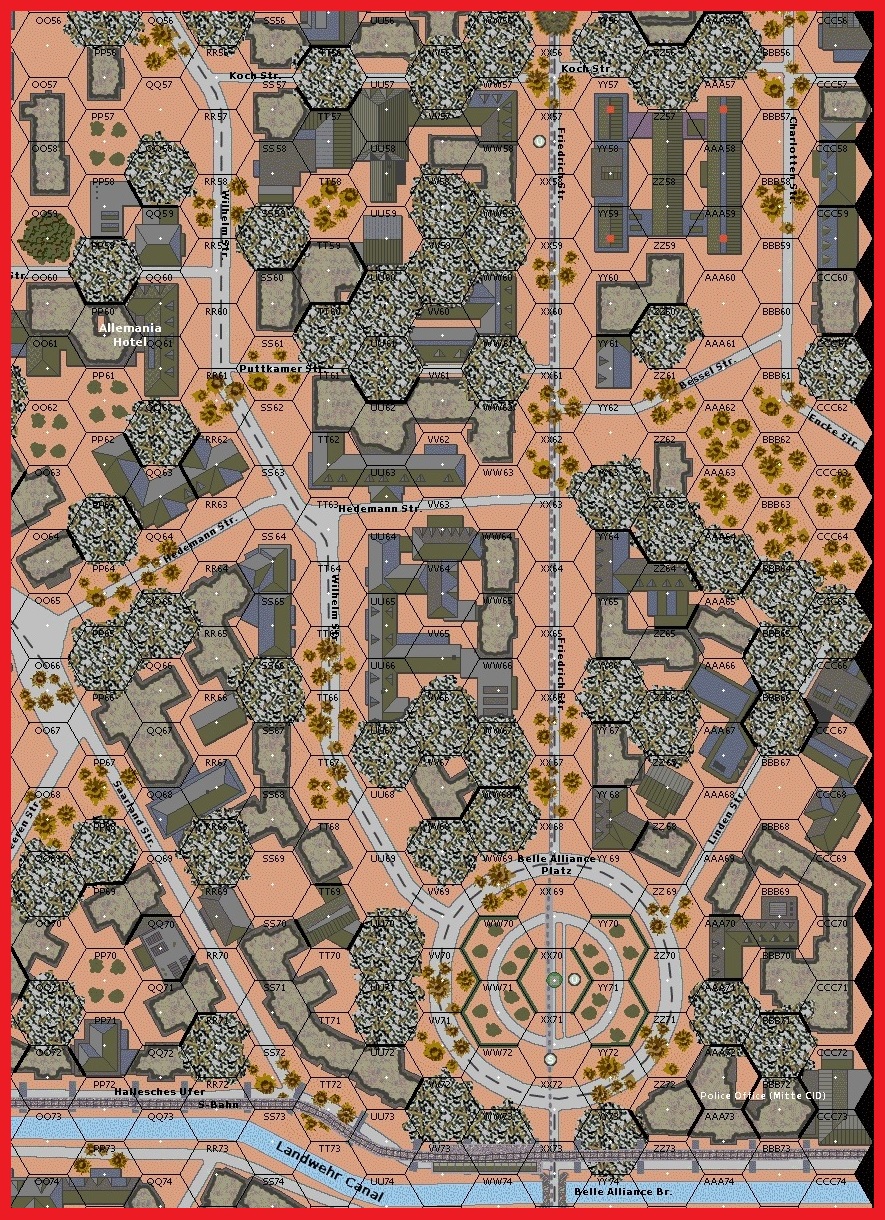