Unable to stop the rising tide of Red Army troops and tanks, the French SS were forced to give up their lines on the Hedemannstrasse and reform on a second line one block north. To cover the retreat, Courturin, a Parisian firefighter in his pre-war life, found a hole in the enemy lines and was able to occupy the basement of a building that the Russian troops had failed to secure. This basement storage room was filled with paper that he soon set ablaze with several hand grenades. As the building was quickly engulfed in flames the Russian troops in the upper levels were forced to abandon their positions to escape the flames. This short respite allowed Fenet to rally his troops and stabilize the line. The stability would be short lived as Russian tanks advanced up the boulevard two abreast and started to blast Fenet's command post with pointblank fire. A lone King Tiger and Frenchmen with panzerfausts returned the fire and the streets erupted with the shock of explosions as more Russian tanks died. Once again the Red Army served up another order of heavy artillery to batter the stubborn defenders. The Russians were able to make small gains at great cost as casualties piled up on both sides and the fighting raged on.
Attacker: Russian (5th Shock Army)
Defender: German (SS) / German (Elements of Sturm Battalion SS "Charlemagne", Hitler Youth and Berlin Volkssturm remnants) 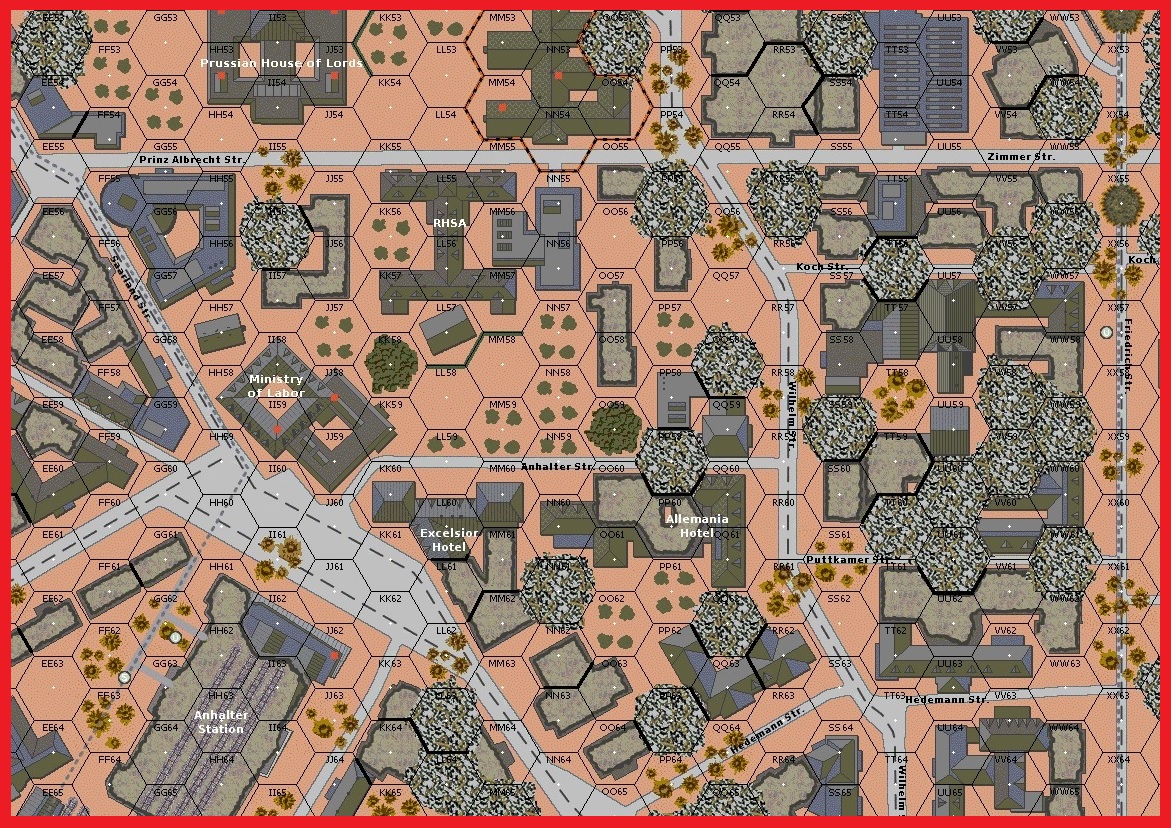