Two American Communications Officer, Major Hallet and Captain Kleinschmidt have fallen into German hands. They have intimate knowledge of the planned radio transmissions scheduled for June, 1944, which will alert the French Resistance to begin actions in support of the Allied Invasion of Europe. The Germans intend to interrogate the two Americans and secure this information. Should Hallet and Kleinschmidt talk, the time-table for the Allied Invasion could be set back several months. Their rescue by a British/American strike-team is imperative. After parachuting into the snow-covered mountains around Werfen, Strike Team Broadsword entered the village of Werfen only to be betrayed by 3 double agents within its ranks. Broadsword’s Leaders Major Smith and Captain Schaeffer managed to escape the Germans and with the help of Mary, entered Schloss Hohenwerfen.
Attacker: Allied (Broadsword Strike Team)
Defender: German (HQ Staff and Gestapo of Schloss Hohenwerfen) 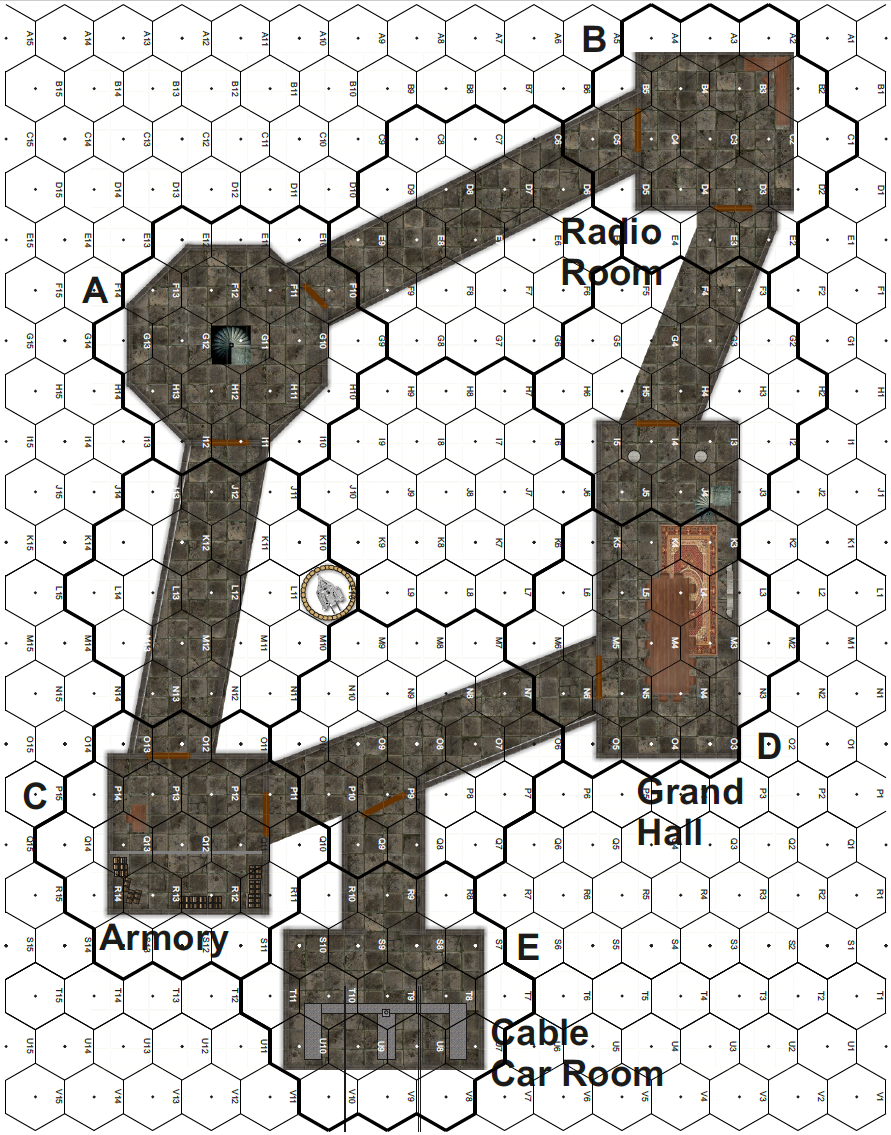 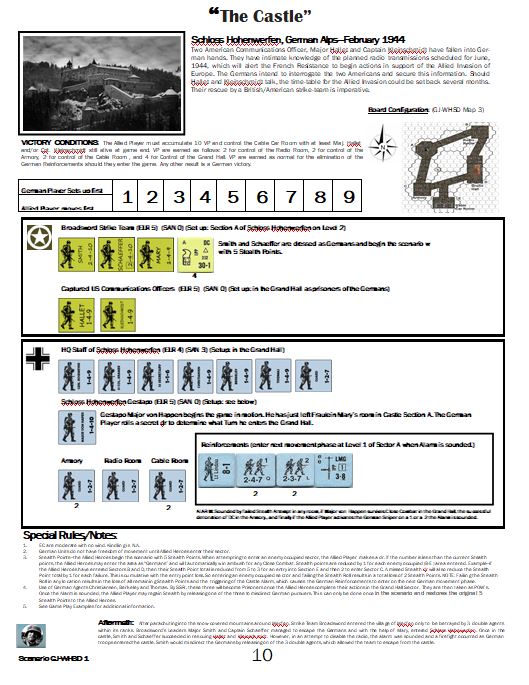 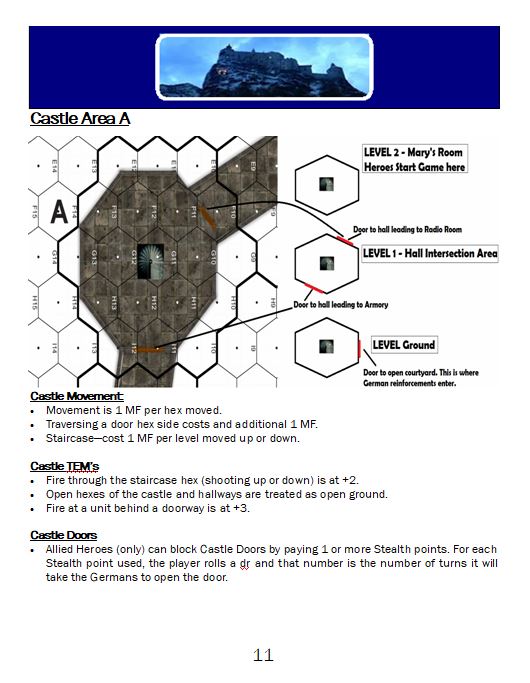