German Agents — Christiansen, Berkeley and Thomas — had managed to escape by knocking out Captain Shaeffer. They quickly board a cable car and head towards the village. Once there, they will attempt to alert the German garrison. Major Smith, taking quick action leaps onto the top of the cable car and attempts to place a DC. The three German agents attempt to climb onto the roof and confront Smith.
Attacker: German (German agents)
Defender: Allied (Broadsword Strike Team) 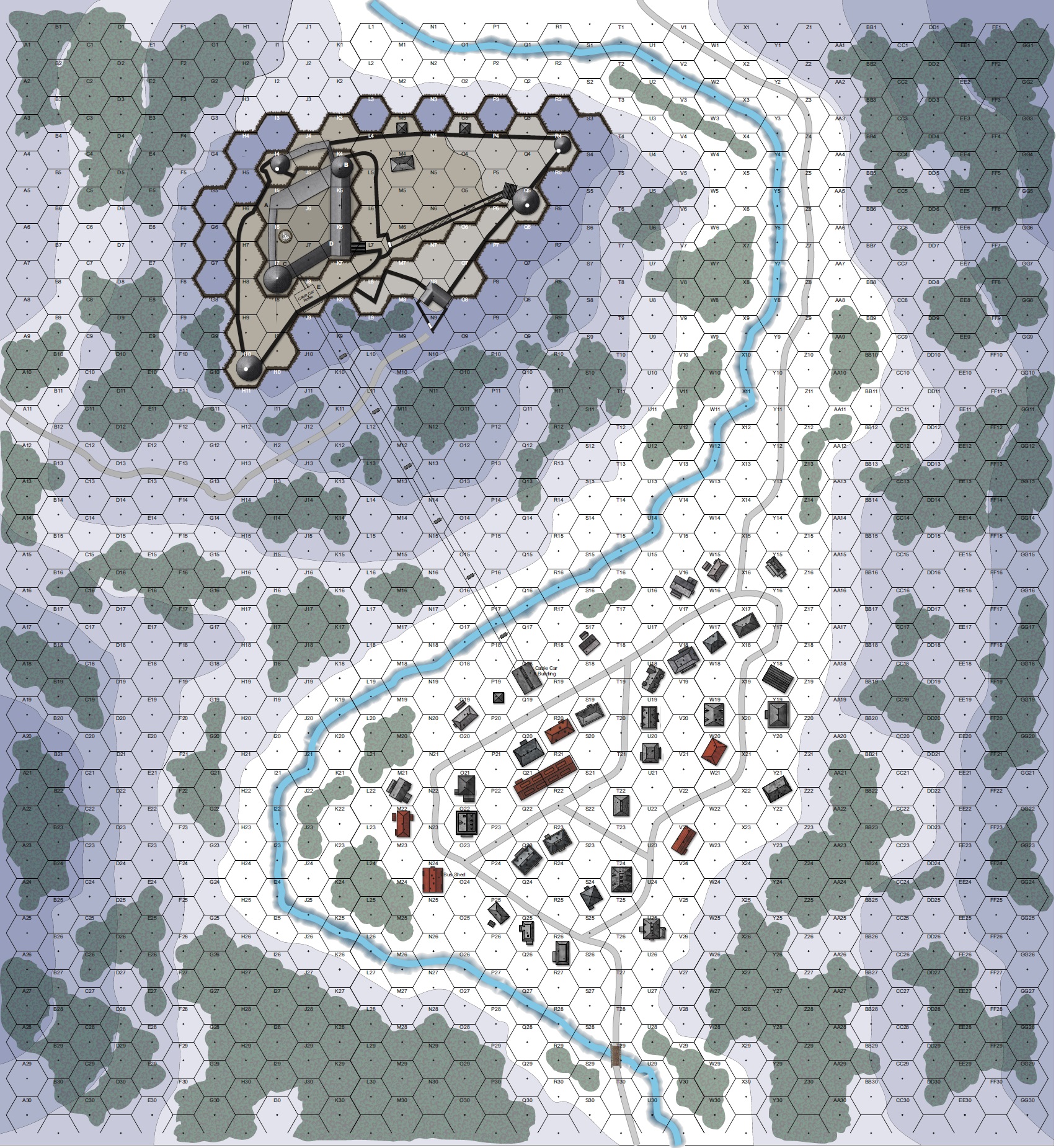 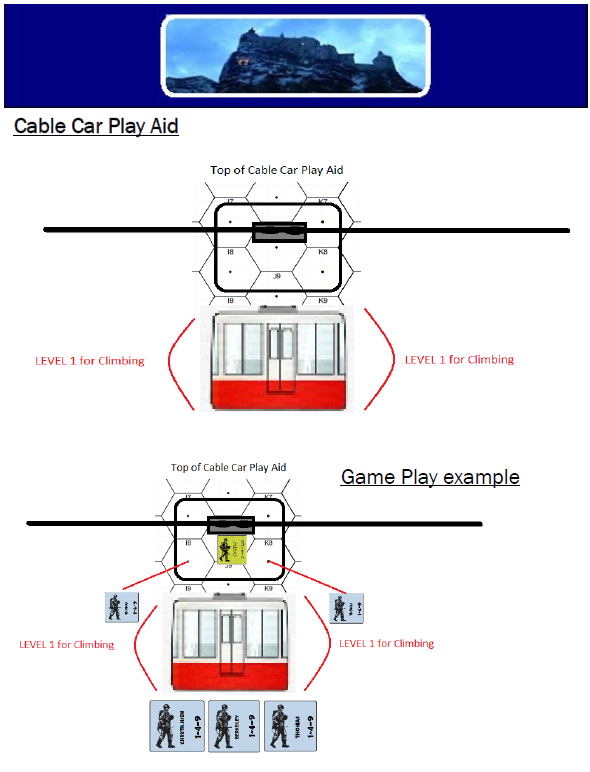 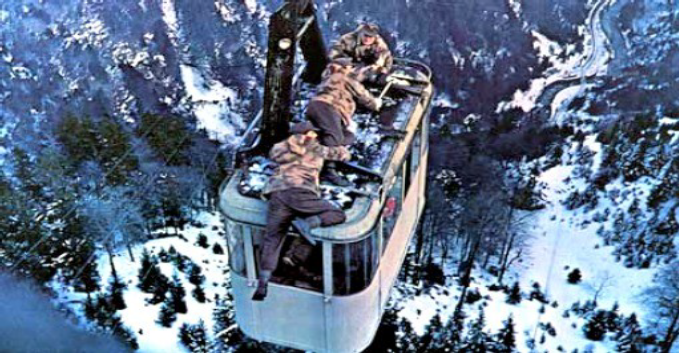