The US 115th Infantry Regiment moved out in the morning to cross the Aure Valley; its mission was Saint-Lô, 24 miles to the south. The 3d Battalion was the first across the valley, taking several hours to cross the mile-and-a-half; the 2nd Battalion followed in its wake, and several hours later the 1st Battalion, whose crossing two-miles further east was frustrated by German machine-guns, also used the 3rd Battalion’s path. By the afternoon, all three battalions had fanned out into the bocage and continued their advance south towards Saint-Lô. The 1st Battalion, moving to take the crossroad near the village of Briqueville, stumbled upon a strongpoint belonging to the 915.Grenadierregiment, whose mission was to protect the left flank of Trevières.
Attacker: American (Elements of 1st Battalion, 115th Infantry Regiment , 29th Infantry Division)
Defender: German (Elements of Grenadierregiment 915, 352.Infanteriedivision) 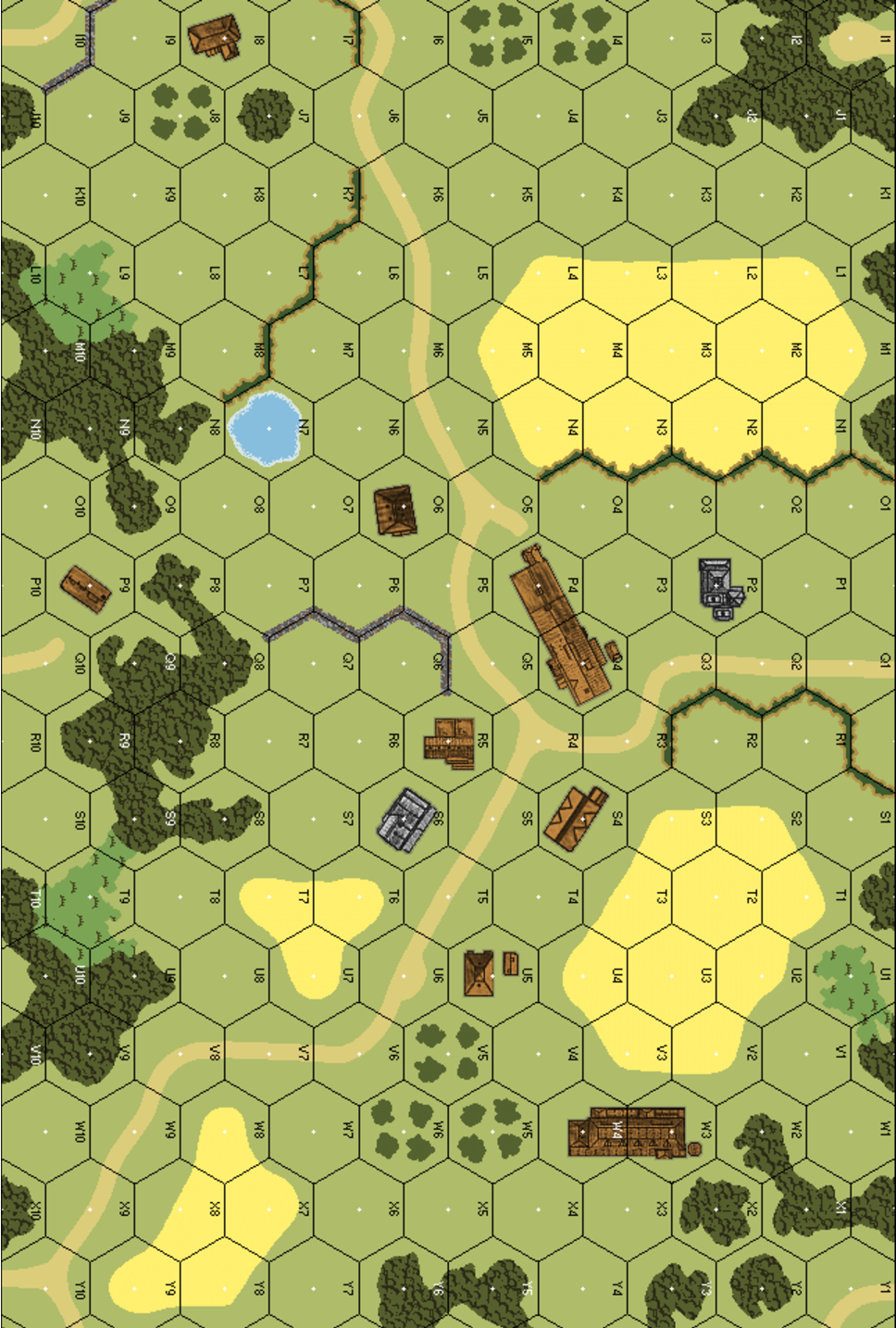 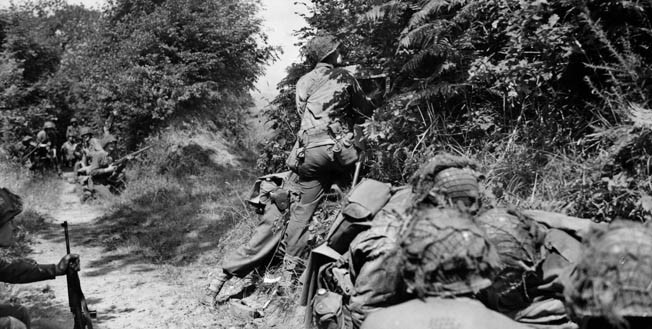