During 1944, the resistance fighters of Vernon united themselves and on 10 April 1944 joined up with the FFI (French Forces of the Interior). With only a few weapons at their disposal their initial actions were limited. During their first action on 18 August, they tried to blow up the remaining sections of the road bridge crossing the Seine with plastic explosives. But due to the small amount of explosives they could lay their hands on, it was not enough to cause any further damage to the bridge concrete pylons. However, the action had a psychological effect and street fights erupted between Resistance fighters and German soldiers.
Attacker: Partisan (FFI) (FFI Partisans of Vernon)
Defender: German (Feldgendarmerie Garrison) 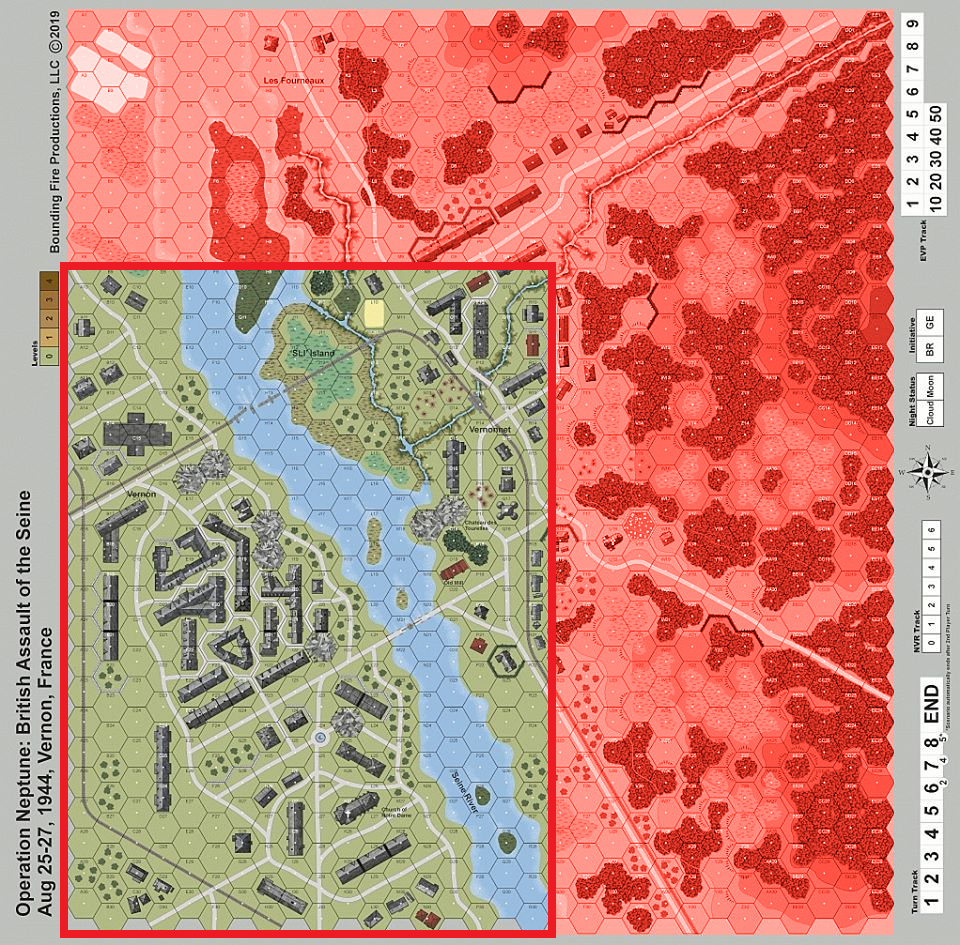