The stout resistance of the young SS-Grenadiers forced a radical change of plan. Monty's massive offensive, Operation EPSOM was due to start in under 12 hours. The planned exploitation south by the 7th Battalion, Duke of Wellington's Regiment was scrapped at 1700 hours. Instead, the Dukes were ordered to eject the Hitlerjugend from their strongholds in the southeast of Fortenay around the Chateau. The Dukes would be given the additional support of a fresh bombardment, machineguns, mortars, and armor (including Churchill AVREs), but delays assembling this support meant the attack would not be launched until 2100 hours. There were no further delays. The Dukes stepped off at 2100 hours, with C Company making good progress, capturing their objective within an hour. B Company attacked next, and after initially being held up by an SS strongpoint, it captured its objective with the aid of an AVRE.
Attacker: British (7th Battalion, Duke of Wellington's Regiment and 11th Royal Scots Fusiliers, 2nd Battalion, Princess Louise's Kensington Regiment and C Squadron, Sherwood Rangers Yeomanry)
Defender: German (SS) (SS-Panzergrenadier Regiment 26, 12 SS-Panzerdivision Hitlerjugend) 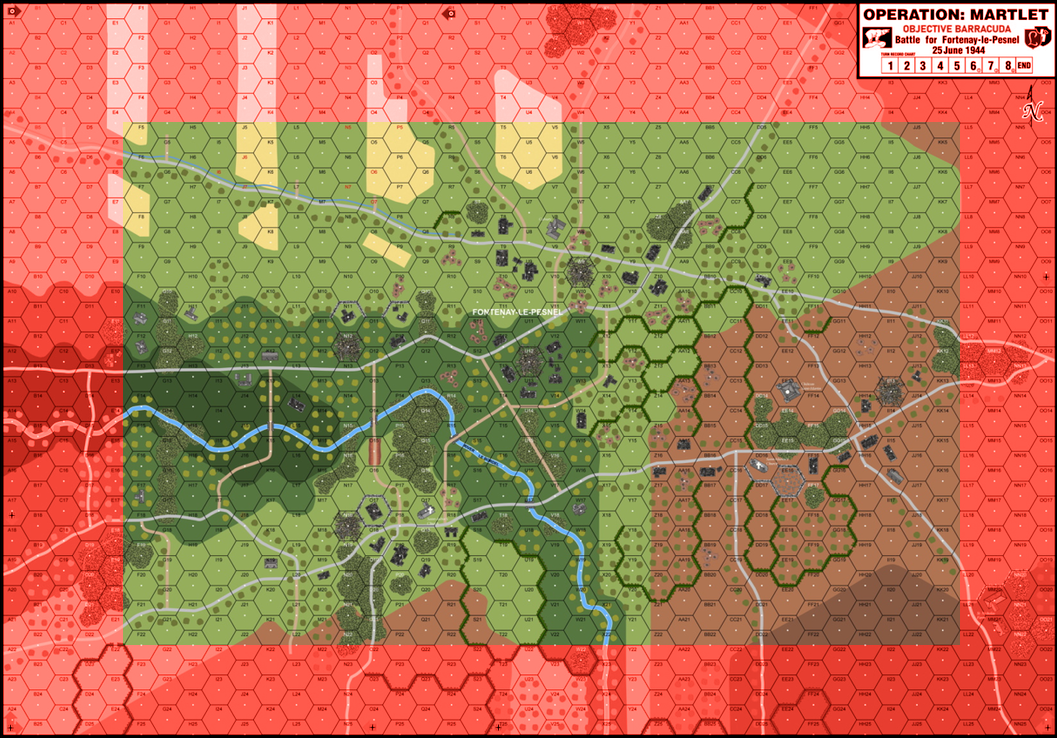