This scenario is FLP 1 and FLP 2 combined. . . .The 49th (West Riding) Infantry Division landed on 12 June, having far less training than the assault divisions. But like the other non-assault divisions, it would play a vital role in keeping the initiative for the Allies by grinding down the Germans in the bitter toe-to-toe fighting in the bocage and orchards of Normandy. After a brief introduction to combat, their first big test would be a night attack by the division, a very difficult task to execute. This attack would be made all the more difficult because they would be facing the elite Panzer Lehr Division and the fanatic teenagers of the 12.SS-Panzer Division Hitlerjugend.
Attacker: British (49th Infantry Division)
Defender: German (Panzergrenadier Regiment 901, Panzer Lehr Division) 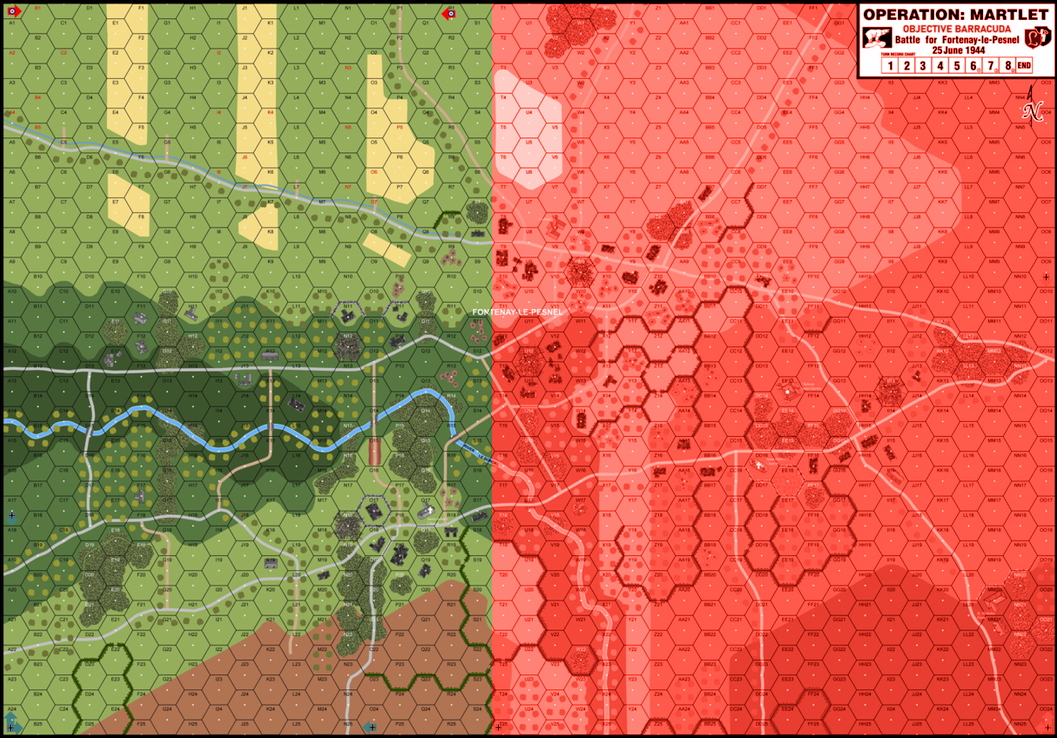