On 10 July, 1.SS PzGren Div LAH and 3.SS PzGren Division Totenkopf were planning to give a blow to advance orth towards Prokhorovka. Heavy rains delayed the attack start until 1045 hrs. The LSSAH attacked straight up the road towards Prokhorovka with I. and II./SS PzGren 2 battalions, the Aufklarung and the StuG Abteilung "LSSAH"; most of the Panzer-Regiment was kept in reserve. Russian no longer had a continuous front in this sector but placed their best remaining units to block the road. 285th Rifle Regiment of the 163rd Division, together with 623rd Artillery Regiment and dug-in tanks from the 169th Tank Brigade were the core of the Russian defense.
Attacker: German (SS) (SS Pz Gren Rgt 2, SS Stug Abt and 13./SS Pz Rgt., Leibstandarte Adolf Hitler Pz Gren Div.)
Defender: Russian (183rd Rifle Division and 2nd Tank Corps)

Players: 0     OBA: Both     Night: No
Errata (source)
Players wanting to play this game/Request a match: 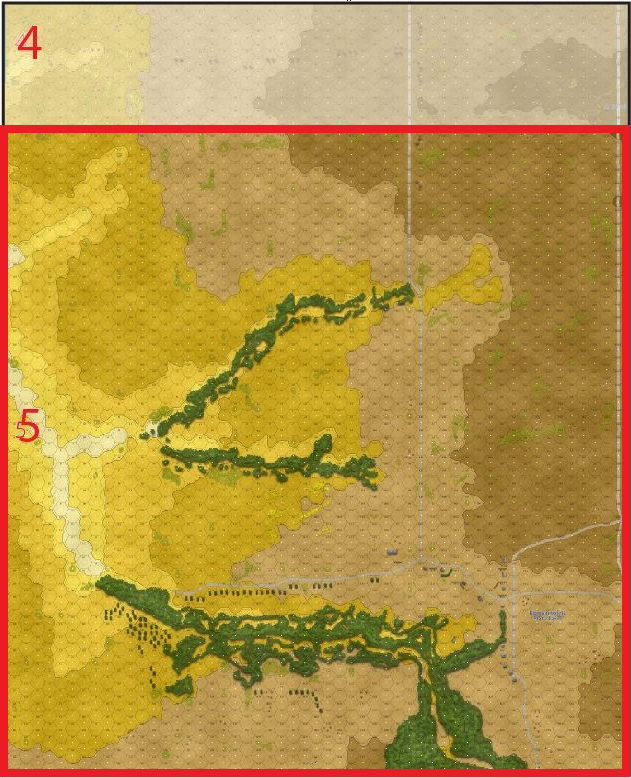