Wanting to continue his advance, in an effort to keep the Allies from regaining their footing, Rommel turned over the defence of the village to a battalion from Schützen-Regiment 14, 5.Panzer-Divison. With little time to consolidate its position, I./Schützen-Regiment 14 was unable to form a cohesive defence. Seizing the initiative, Lieutenant-General Rene Prioux, commander of Corps de Cavalerie, gathered up a squadron of Somua S-35 tanks and a battalion of motorized infantry from the 1ère Division légère mécanique, and with some artillery support launched a hasty counterattack at 17:00 hours.
Attacker: French (Elements of Corps de Cavalerie)
Defender: German (I./Schützen-Regiment 14, 5.Panzer-Division) 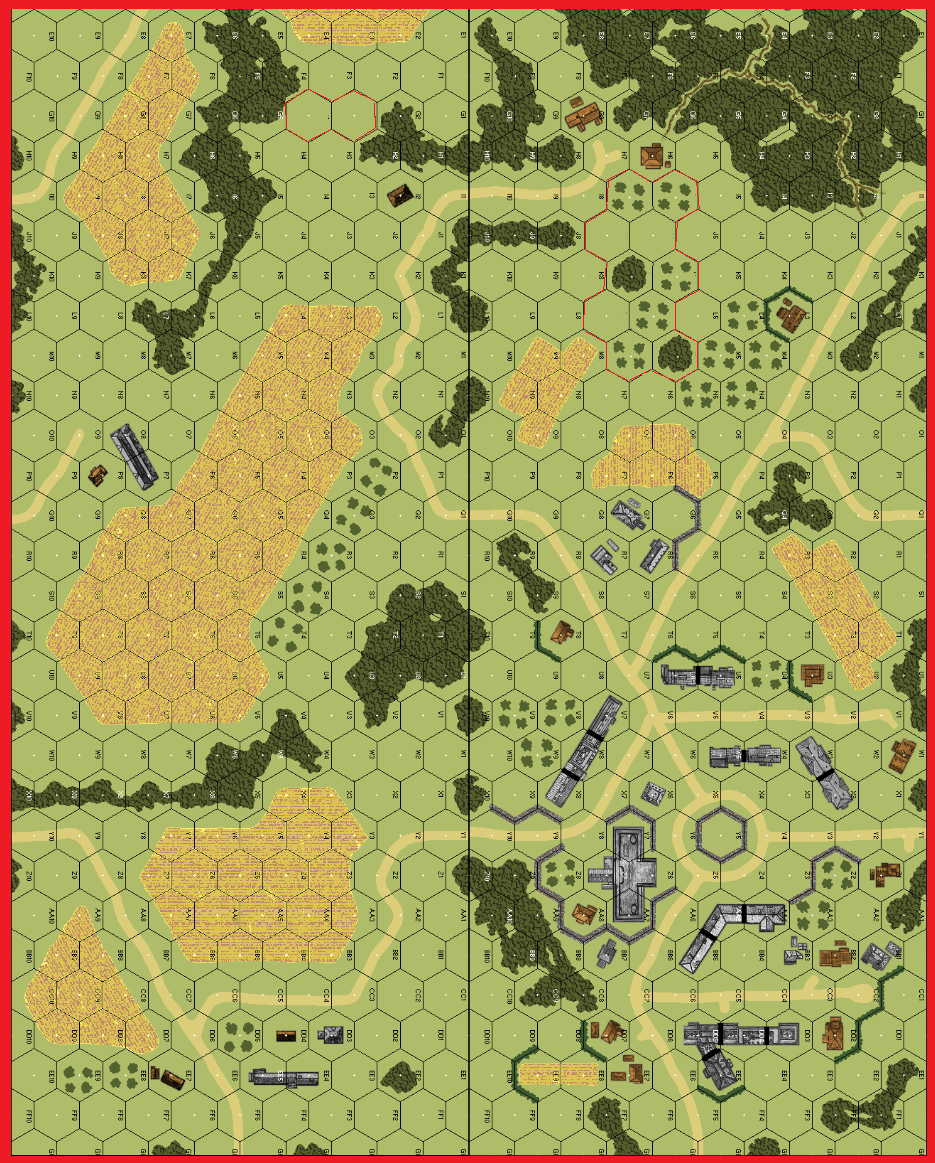