Published by: Lone Canuck Publishing. July 2020
(Log in to add this module to your collection
or to see your play details)

On 10 May 1940, the Phony War came to an end. Germany launched Fall Gelb (Case Yellow) with the goal: the destruction of the French First Army and control of the Low Countries and the part of France north of the Somme and Aisne Rivers. By the end of May, the Wehrmacht had concluded Fall Gelb with stunning success. On 5 June 1940, the Germans launched Fall Rot (Case Red), which called for the complete destruction of the remaining Allied forces in France and the occupation of the whole country.

This scenario pack has ten scenarios spanning the six weeks from the battles along the Meuse River to the Mediterranean Riviera, and is compatible with MMP’s Advanced Squad Leader™ System. 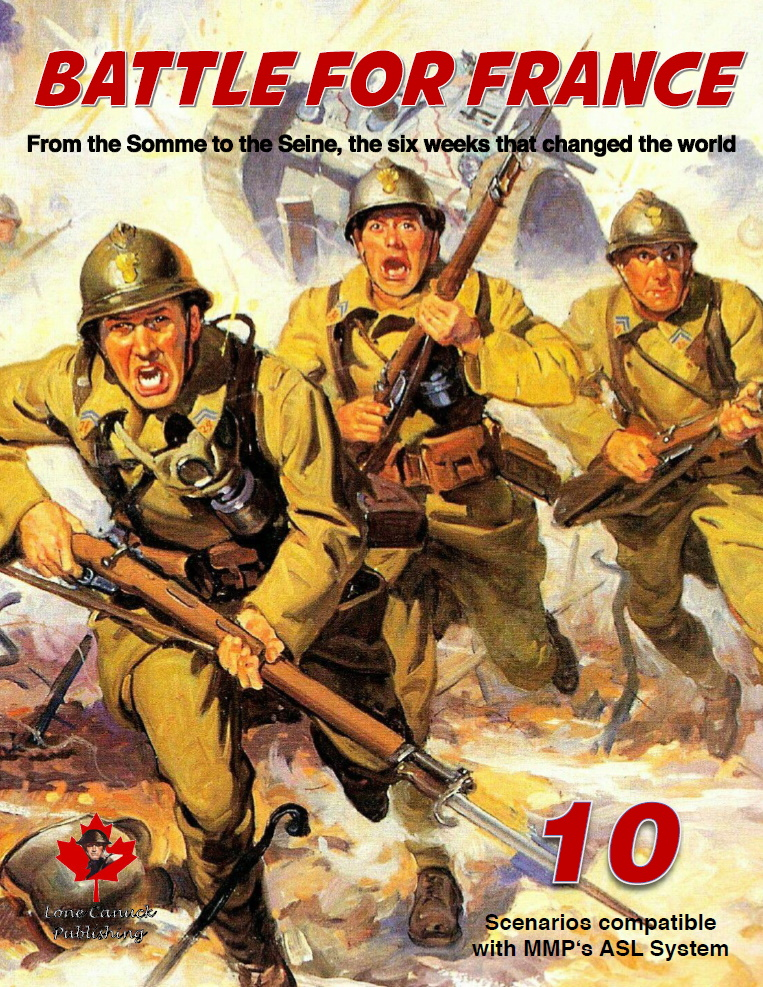