The Germans were determined to drive the British from the Arnhem Road Bridge and open the road to Nijmegen. Committing heavy tanks and artillery, as well as flak guns and self-propelled guns, Lt. Colonel Harzer devised a plan to eliminate the British near the bridge. Directing heavy artillery fire from the park at the base of the ramp, Harzer began the gradual destruction of the British perimeter. As the Paras hunkered down in their strongpoints, they could hear the engines on the German tanks turning over. The climax of the battle for the Arnhem Road Bridge was near.
Attacker: German (SS) (SS-Panzer Division 9)
Defender: British (2nd Parachute Battalion, 1st Parachute Brigade, 1st British Airborne Division) 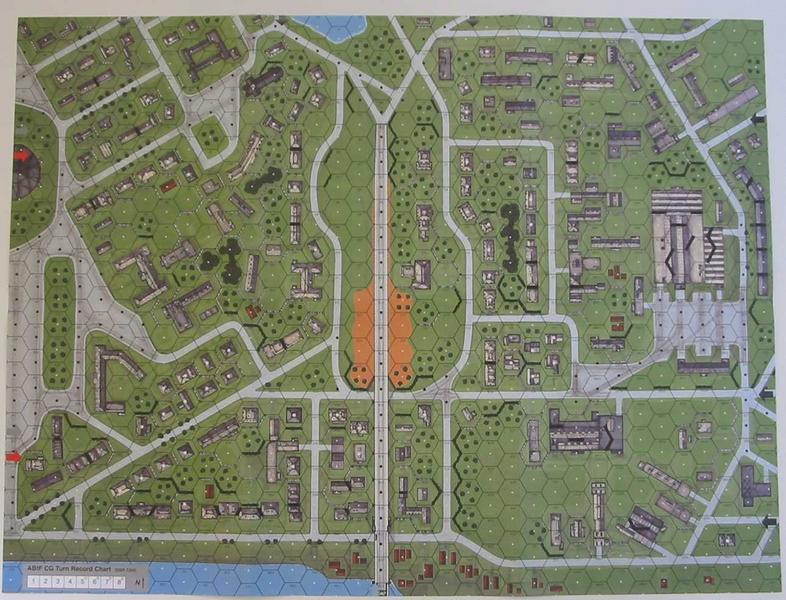