Colonel Frost had been injured by a mortar round and the SS were organizing yet another assault on the surrounded Paras. Major Gough had taken command and moved his token force toward the river. Under the cover of darkness, he hoped to concentrate his remaining men in some half-gutted buildings near the waterfront. Word had spread that XXX Corps was on the way and would be there by morning. Gough brought the microphone of his wireless close to his mouth and said, “This is First Para Brigade. We cannot hold out much longer. Our position is desperate. Please hurry. Please hurry.”
Attacker: German (SS) (SS-Panzer Division 9)
Defender: British (Remnants of 1st Parachute Brigade, 1st British Airborne Division) 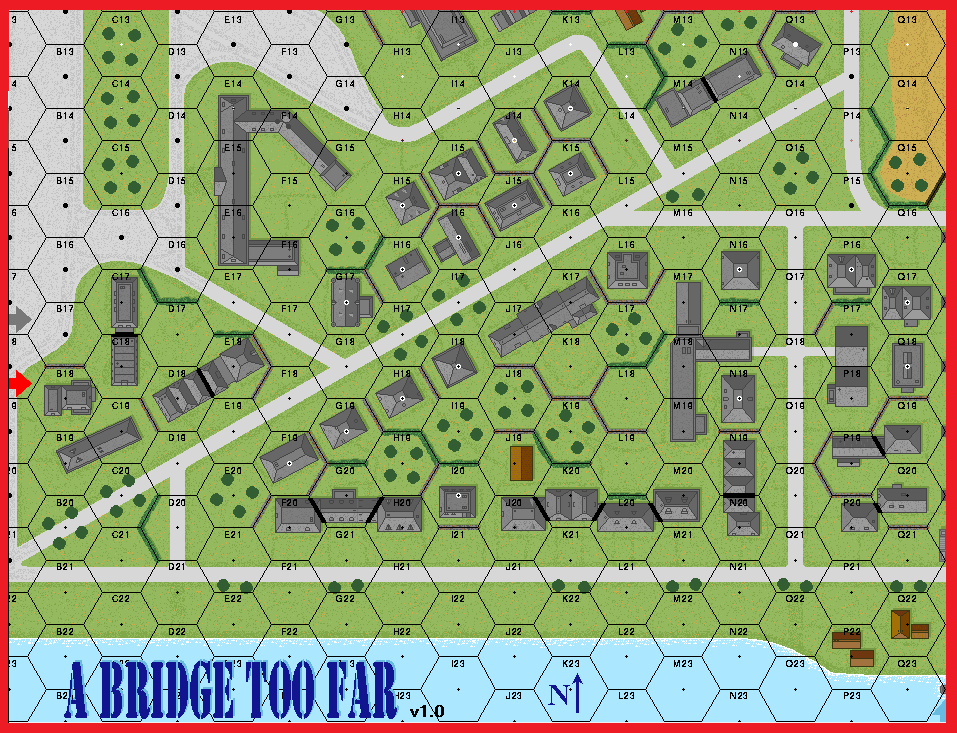