Colonel Reuben Tucker personally appealed to General Gavin to allow his 504th Regiment to attack Cheneux. Friendly civilians had reported a large column of German vehicles, including tanks, encamped there. Normally an American infantry regiment would request a battalion of armor for support before making such an assault, but Colonel Tucker had an ace up his sleeve. His men had recently captured a whole truckload of panzerfausts, had practiced with them, and now were ready to use them on the enemy. Combined with the early arrival of the latest model of bazooka, Tucker figured his force was strong enough to carry out the assault alone.
Attacker: American (504th Parachute Regiment, 1st and 3rd Battalions)
Defender: German (SS) (SS Panzergrenadier Regiment 2) 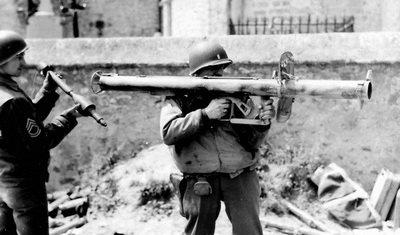 A US officer poses with a captured Panzerschreck in camouflage colours. 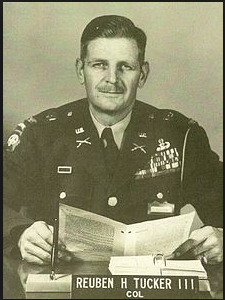