Anchoring the southern end of the Gazala Line was the Free French-held bastion of Bir Hacheim. At approximately 0800 hours on 27 May, vehicles appeared to the south. Initially, the French believed these belonged to the British 4th Armored Brigade, but as they drew nearer, their gunfire revealed them as the M13/40s of the Italian Ariete Armored Division.
Attacker: Italian (Ariete Armored Brigade)
Defender: Free French (1st Free French Brigade) 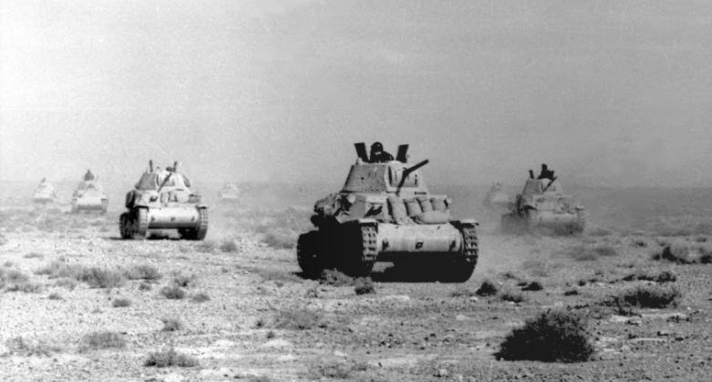