The following description of the battle near La Meauffe is taken from Chapter 3 of the unit history book Presenting the 35th Infantry Division in World War II, 1941 – 1945 : “At La Meauffe every house and shop had been converted by the Germans into individual pillboxes. From behind hastily constructed barricades they poured forth streams of hot bullets and flesh-ripping grenades. But the Infantry did not falter. With full confidence in the precision of their artillery fire, they advanced steadily behind each well-placed salvo and wiped out nests of resistance. Battling against fierce resistance, through entrenched positions, the men moved up the main road to famed "Purple Heart Corner." Here, in a solid stone chateau, behind a seven-foot granite wall, had been the Gestapo Headquarters. The Germans had studded it with machine guns which covered the road with withering fire. More Santa Fe men fell. But the steady advance was not to be stopped.”
Attacker: American (F Company, 2nd Battalion 137th Infantry Regiment, 35th Infantry Division)
Defender: German (897th and 899th Bicycle Infantry Regiments, Kampfgruppe Kentner) 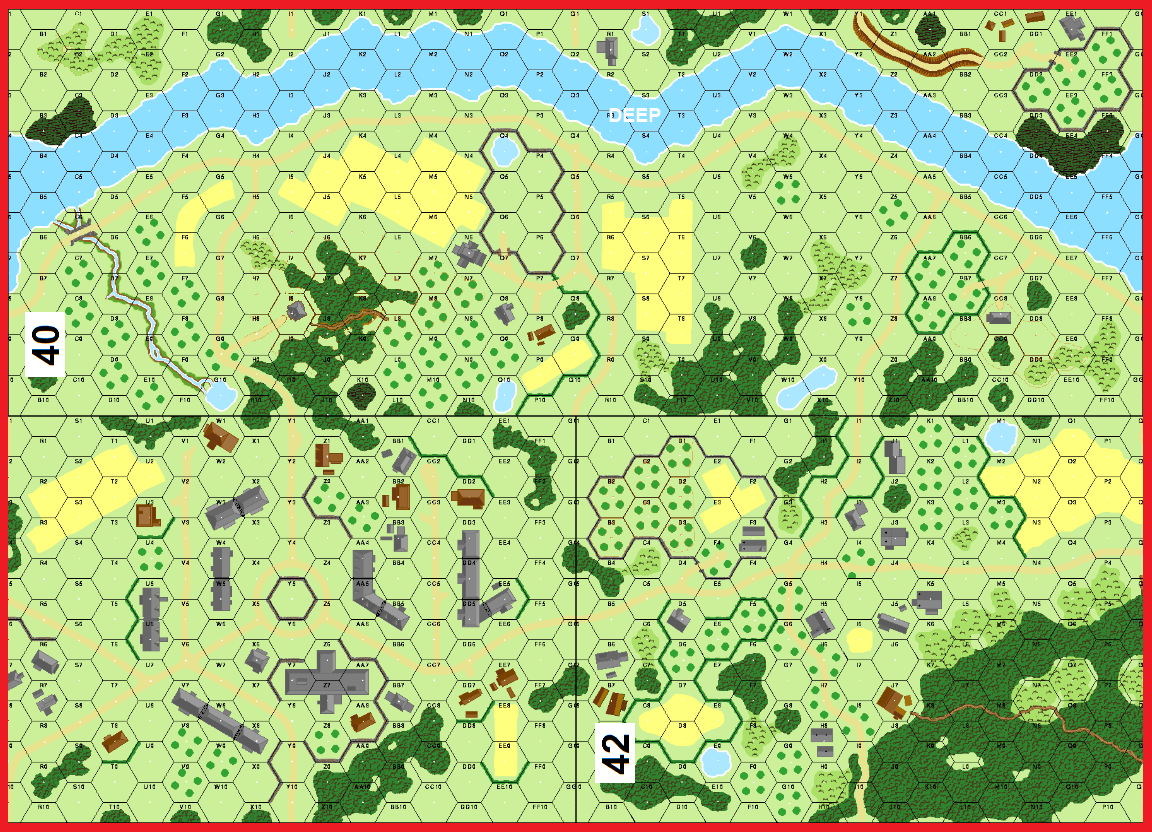 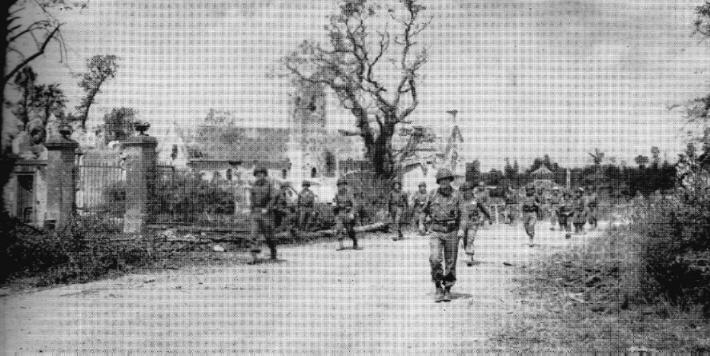 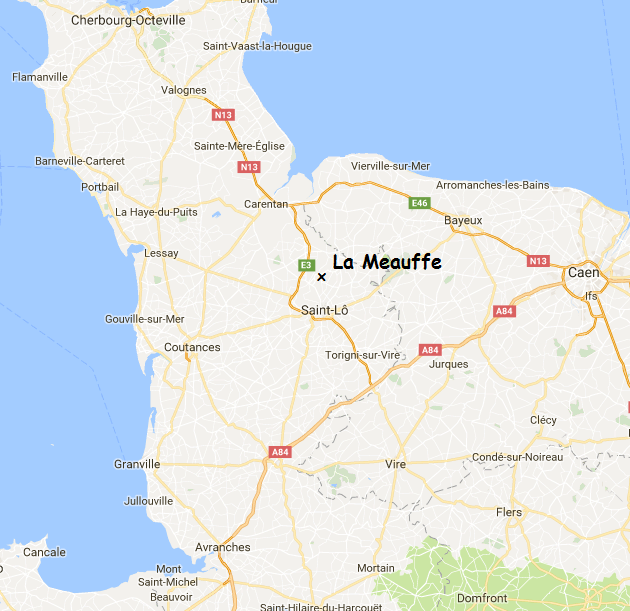