On 23 June the first German counter-attack in the Army Group North positions known as the ‘Panther Line’, failed to regain all of the ground held by the enemy. Preparations immediately began to expand the ground won, until the Russians could be forced out of their positions. The Germans began deploying forces to renew the attack in the northeast corner of an area known as ‘The Balcony’. Before German reinforcements were organized, elements of the Russian 2rd Guards Rifle division struck, hitting the 407th Regiment, dug in on the ridge line on the north flank. Caught without artillery preparations, the Germans were forced to fight with the weapons on hand.
Attacker: Russian (Elements of the 23rd Guards Rifle Division)
Defender: German (Elements of the 407th Infantry Regiment, 112th Infantry Division) 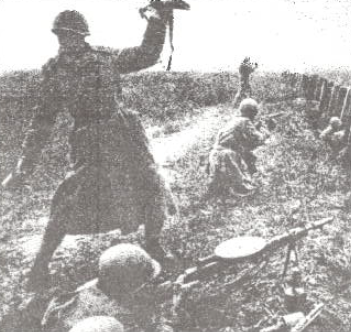