Konigsberg had been surrounded for nearly three weeks by the Soviet 2nd and 3rd Belorussian Front Armies. For 18 of those days the Soviets had attacked time and again along the entire perimeter of the city. Both sides suffered heavy casualties, yet the German line held. Meanwhile the German High command had made plans for a two-pronged attack aimed at reestablishing a line of communications between the city and German forces on the Samland peninsula. The attack caught the Russians completely by surprise, and a narrow corridor was opened to the city. Even as a trickle of supplies reached the defenders, thousands of panic-stricken refugees streamed in the opposite direction, headed for the Baltic coast and German Navy units operating there. The overall Russian Commander, Marshal Vasilevski, realizing that this annoying break in the encirclement could get out of hand, ordered all available units to eliminate the tenuous link to the west.
Attacker: Russian (1st Tank Corps)
Defender: German (69th Infantry and 561st Volkssturm Divisions and 5th Panzer) 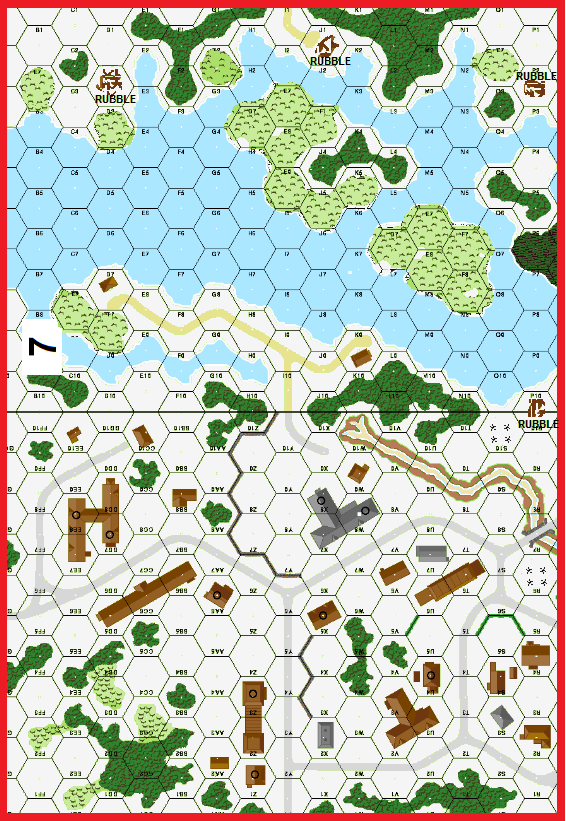