On August 20, the Soviet 27th Army commenced a major assault. Their intent was to penetrate 200km behind the Axis lines and take Bucharest and Ploesti. The Russians quickly broke through the positions of the Rumanian Army’s 5th Infantry Division. By noon they had taken Podul Iloniei and forced the river Bahlui. The Axis attempted to establish a new defensive line along the river. This mission was given to the Romanian 3rd Infantry Division, 18th Mountain Division and 1st Armoured Division and the German 76th Infantry Division. . . . .This is a meaty scenario featuring a river crossing with a twist. A dug in Russian force tries to keep a Rumanian force from crossing the river but the twist is that the Rumanians have troops popping out of the ether behind their lines. This action represents a situation where the Russians had broken through the Rumanian lines and reached a river. The Rumanian 1st Armored Division was tasked with counterattacking but the Russians were still dealing with bypassed units. Three days later, a coup occurred in the Romanian leadership and the Romanians joined the Allied side.
Attacker: Romanian (Elements of 1st Armoured Division and 18th Mountain Division)
Defender: Russian (Elements of 27th Army and 6th Tank Army) 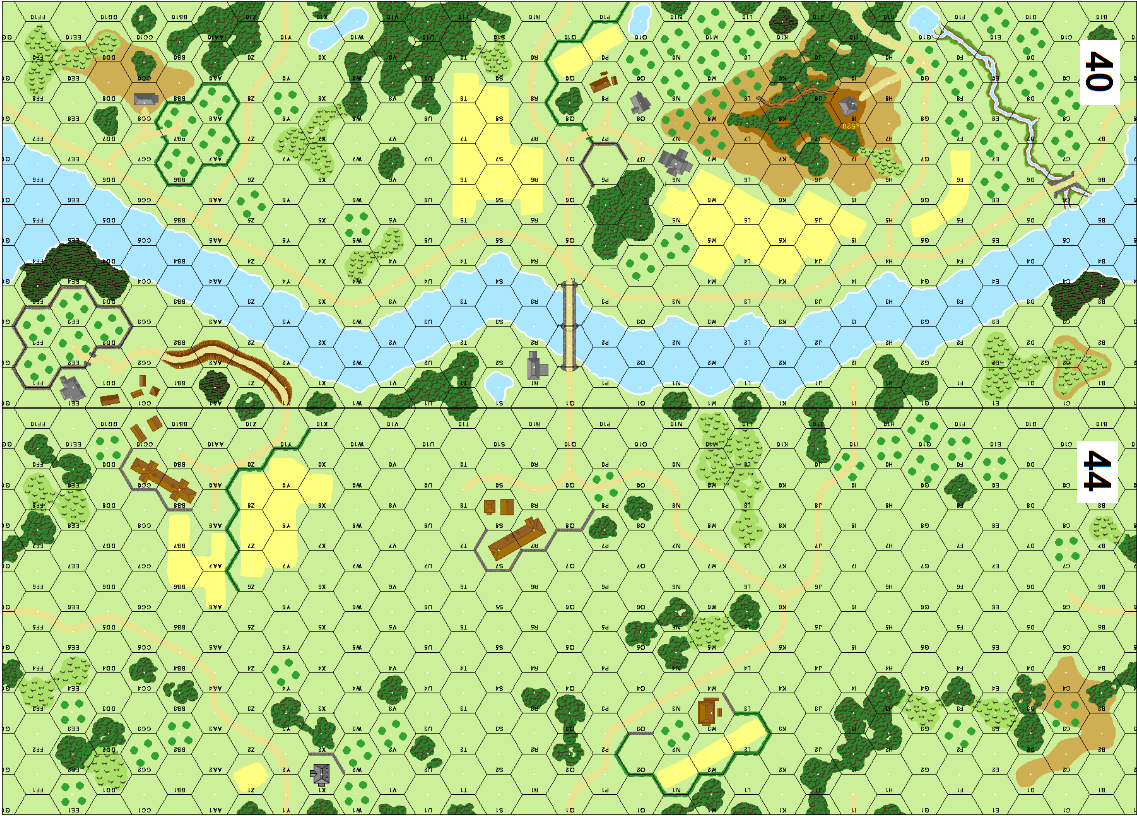