Having crashed over the Moltke Bridge during the evening, the remains of the 150th Guards Division had established a foothold in the buildings at the eastern end of the Diplomatic Quarter. The SS had fled across the wide expanse of the of the A____ to set up a defensive line in the Western Quarter. The SS garrison reinforced the Ministry of the Interior building. The Russians called it "Himmler's House". The SS soldiers and officers of the State Police would fight to defend it to the last man.
Attacker: Russian (674th Rifle Regiment, 150th Rifle Division)
Defender: German (SS) (Remnants of Defense Sector "Z" with elements of the 11th SS Panzergrenadier Division) 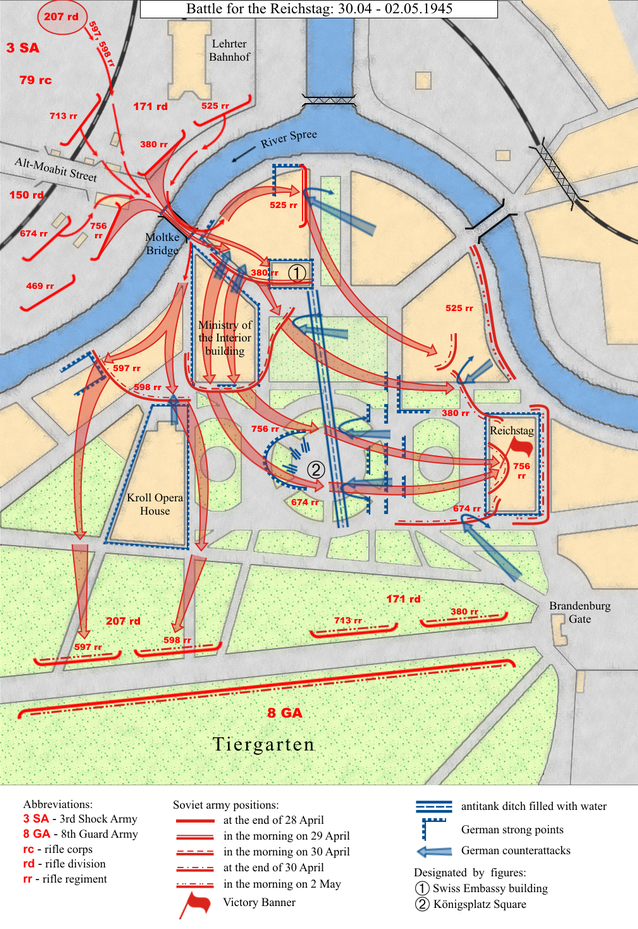