After the German morning counterattack, the Russian troops consolidated their bridgehead and prepared to clear the next barrier to final victory. Blocking the way was the Ministry of the Interior building, the heart of Himmler’s empire of terror, and it was filled with SS troops. After a short barrage, the shock troops of the 150th Division rushed across the street, threw a volley of grenades and forced their way into the building. Hand to hand fighting broke out in the smoke filled corridors and offices. The SS defenders resisted every Russian advance and the 150th Division had to call in their reserves as the fighting continued through the rest of the day.
Attacker: Russian (Elements 756th & 674th Rifle Regts, 150th Rifle Division & 88th Guards Heavy Tank Regiment)
Defender: German (SS) (Remnants of Allegemeine SS Headquarters and 3rd Heavy FlaK Battalion) 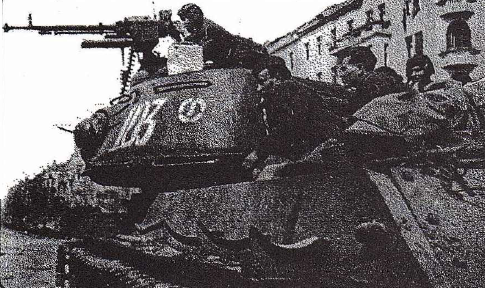