What became the Battle for Henderson Field started poorly for the Japanese. Diversionary attacks across the Matanikau were totally destroyed by Marine artillery and anti-tank gun fire. However the main Japanese attack was to come from the south, east of Edison’s Ridge. What amounted to nearly two regiments of infantry were cutting their way through the jungle towards the thinned American lines of Chesty Puller's 1st Battalion, 7th Marines. On the night of October 24, the Japanese set their attack to kick off at 1900. At 0300 on the 25th, the Japanese 9th Company drifted out of line and blundered into wire set for the firelanes of two machinegun sections commanded by Sergeant "Manila" John Basilone.
Attacker: Japanese (9th Co., III/29th Infantry Regt)
Defender: American (USMC) (Elements I/7th Marine Regt) 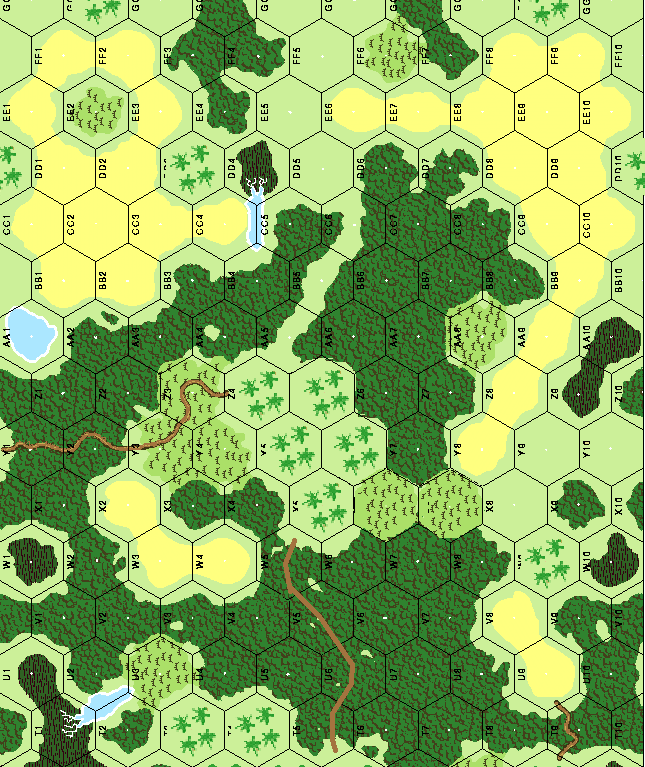