"Too Little, Too Soon" -- On November 8, 1942, the Allied Forces landed in North Africa. Part of the French forces had rallied to them under Admiral Darlan, but other troops had handed their weapons to the Germans, who were reinforcing as fast as possible through the French harbors. Of paramount importance to them was the security of Rommel’s rear in Tunisia. The Germans rushed units to the Tunisian-Algerian border, but ran into French troops ready to try and wrestle the control of the area from them, their spirits high after making contact with the spearhead of the US troops, mainly paratroopers and tank destroyers. On November 21st, at around 10 in the morning, the riders of 3ème RCA spotted a group of German motorcycles driving towards the village of Gafsa, fifty miles from the border. General Welvert immediately sent a platoon to secure the village.
Attacker: French (Elements of 1er Escadron Mixte, 3eme Regiment de Chasseurs d'Afrique and 15eme Regiment de Tirailleurs Senegalais)
Defender: German (Elements of Kampfgruppe von Gladow) 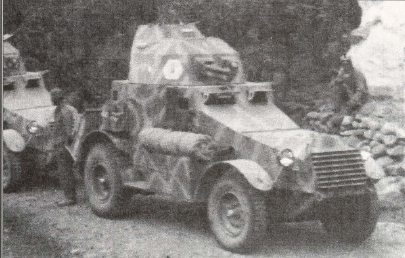