The second main operation opened with fierce fighting to reduce the Breskens pocket. Here, the Canadian 3rd Infantry Division encountered tenacious German resistance as it fought to cross the Leopold Canal.[8] An earlier failed attempt by the Canadian 4th Armoured Division at Moerbrugge had demonstrated the challenge they faced. In addition to the formidable German defences on both the Leopold Canal and the Schipdonk Canal, much of the approach area was flooded. It was decided that the best place for an assault would be immediately east of where the two canals divided: a narrow strip of dry ground only a few hundred metres wide at its base beyond the Leopold Canal (described as a long triangle with its base on the Maldegem-Aardenburg road and its apex near the village of Moershoofd some 5 km (3.1 mi) east). A two-pronged assault commenced. The Canadian 3rd Division′s 7th Brigade made the initial assault across the Leopold Canal, while the 9th Brigade mounted an amphibious attack from the northern or coastal side of the pocket. The assault began on October 6, supported by extensive artillery and Canadian-built Wasp Universal Carriers, which were equipped with flamethrowers. The Wasps launched their barrage of flame across the Leopold Canal, allowing the 7th Brigade troops to scramble up over the steep banks and launch their assault boats. Two precarious, separate footholds were established, but the enemy recovered from the shock of the flamethrowers and counter-attacked, though they were unable to move the Canadians from their extremely vulnerable bridgeheads. By October 9, the gap between the bridgeheads was closed, and by early morning on October 12, a position had been gained across the Aardenburg road. The Canadian 9th Brigade conducted an amphibious operation with the aid of Terrapin (the first such use of this vehicle in Europe) and Buffalo amphibious vehicles, crewed by the British 5th Assault Regiment from the Royal Engineers. The brigade planned to cross the mouth of the Braakman Inlet in amphibious vehicles and to land in the vicinity of Hoofdplaat, a tiny hamlet in the rear or coastal side of the pocket, thus exerting pressure from two directions at once. In spite of difficulties in maneuvering vehicles through the canals, and the resulting 24-hour delay, the Germans were taken by surprise and a bridgehead was established. Once again, the Germans recovered quickly and counter-attacked with ferocity; however, they were slowly forced back. The Canadian 10th Brigade—from the 4th Armoured Division—crossed the Leopold Canal and advanced at Isabella Polder. Then the 3rd Division′s 8th Brigade was called to move south from the coastal side of the pocket. This opened up a land-based supply route into the pocket. The 3rd Division fought additional actions to clear German troops from the towns of Breskens, Oostburg, Zuidzande and Cadzand, as well as the coastal fortress Fort Frederik Hendrik. Operation "Switchback" ended on November 3, when the Canadian 1st Army liberated the Belgian towns of Knokke and Zeebrugge, officially closing the Breskens Pocket and eliminating all German forces south of the Scheldt.
Attacker: Allied (Canadian/ British) (Elements of 7th and 9th Brigades of the Canadian 3rd Infantry Division and elements of the 155th Brigade of British 52nd Lowland Division and the 4th Armoured Division)
Defender: German (Elements of 1037th and 1038th Grenadier Regiments. & 164 Artillery Rgt of the 64th Infantry Division and Walcheren reinforcements from the 70th Infantry Division) 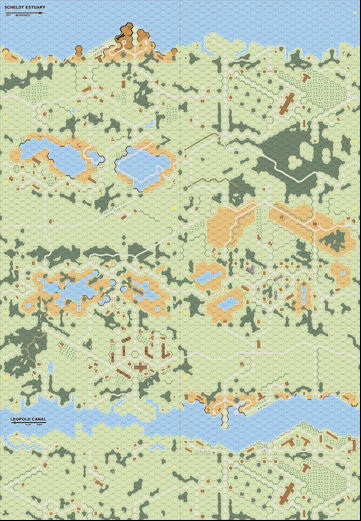 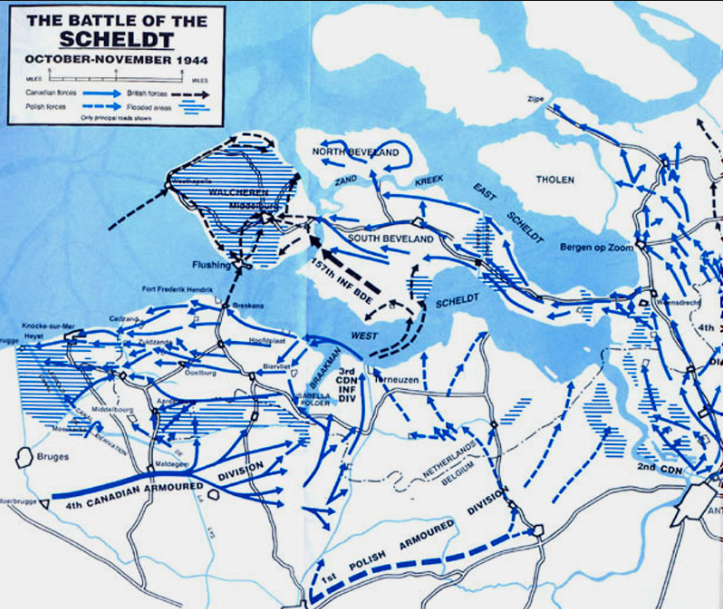 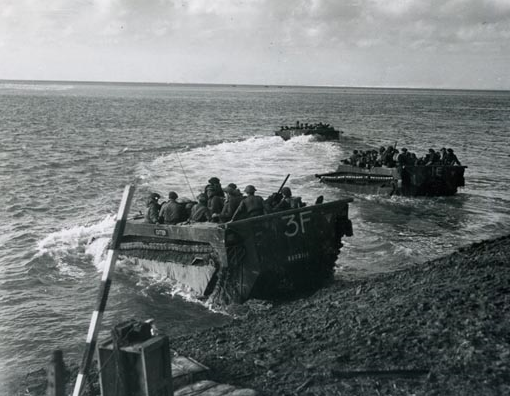