At the end of June, Model arrived at Minsk to find the Red Army across the Berezina, only eight miles from his new headquarters, and Army Group Center without reserves left to counterattack Soviet bridgeheads. The city of Borisov, the Berezina crossing point for the Moscow–Minsk highway, fell the day after Model’s arrival, and some 40,000 Germans were trapped east of Bobruisk. Soviet artillery and the Red Air Force turned a 15-mile German pocket east of the Berezina into a slaughter pen, and about 10,000 troops were killed and another 6,000 captured. Many of those who escaped the slaughter east of the river became trapped a second time at Bobruisk as two tank corps closed in around the city and captured it on June 29, effectively destroying the Ninth Army.
Attacker: German (Panzergrenadier Regiment 52)
Defender: Russian (Armed Forces Training College plus remnants of local units) 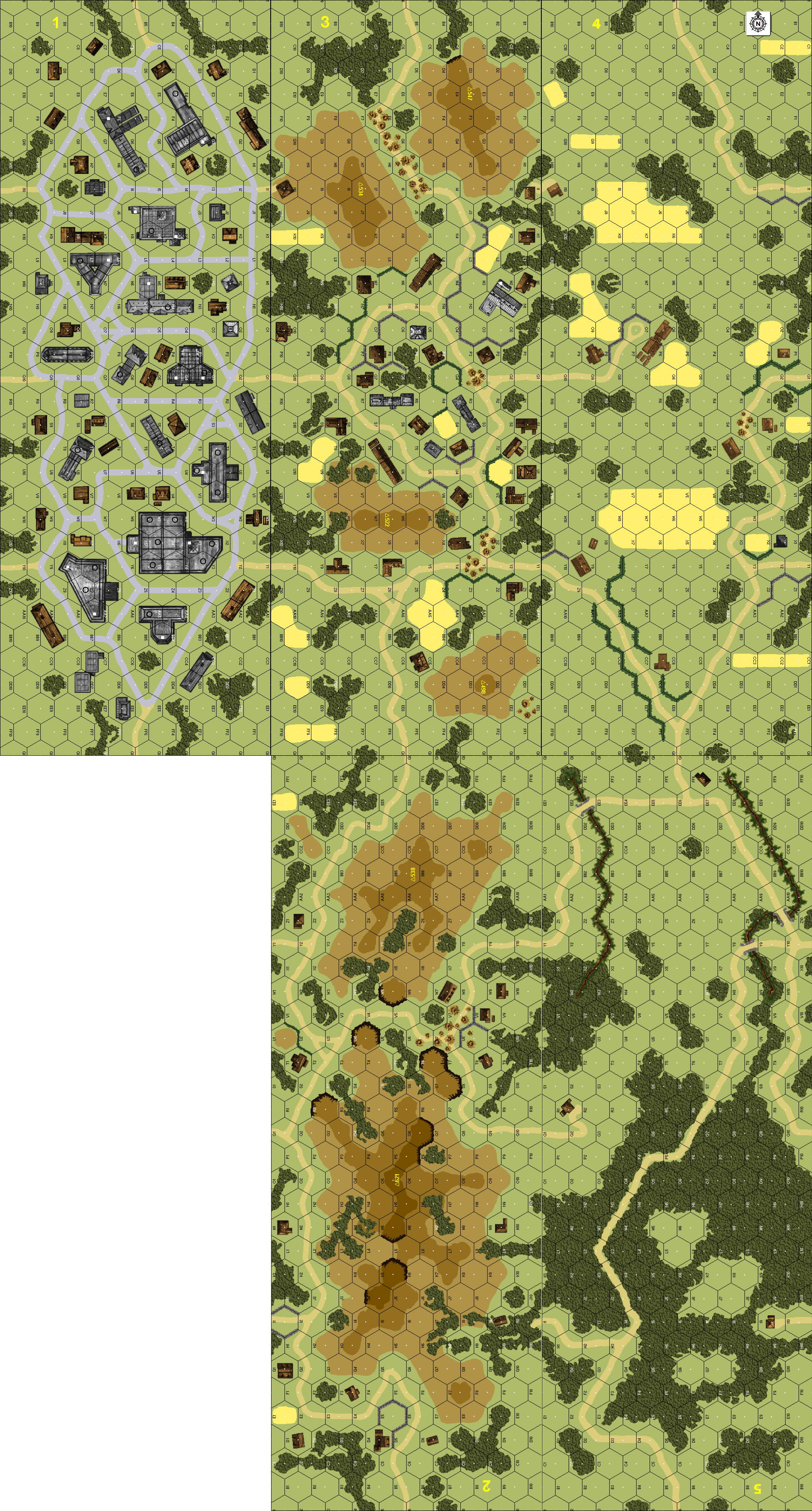