Brigadier General Norman Cota had decided to tag along on a mission to capture two bridges that the Germans might use to sever the tie between US forces in Carentan and Omaha Beach. After crossing the Vire River, the two companies encountered heavy resistance and the total force was reduced to just 80 men. Capturing the bridges was not going to be possible. Around 6 pm, as Cota’s men were digging in northwest of Montmartin-en-Graignes, reinforcements arrived in the form of 60 men from Battalion I, Glider Infantry Regiment 327 who had been probing south from Carentan. Cota decided to take Montmartin instead, or risk being slaughtered out in the open in the dark.
Attacker: American (Reinforced elements of 175th Infantry Regiment, 29th Infantry Division)
Defender: German (SS) (Elements of Battalion II, SS Panzergrenadier Regiment 38, SS Panzergrenadier Division 17) 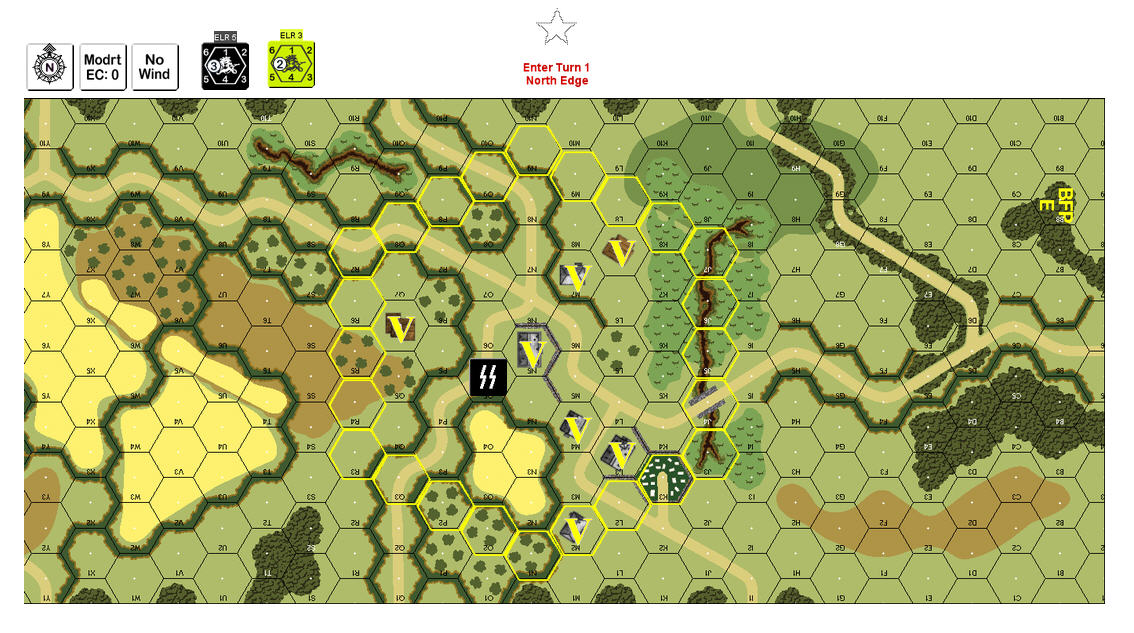 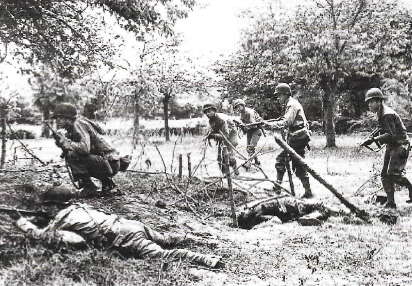