Only three days after withdrawing from the failed attempt to relieve Breslau, the 8th Panzer Division was once again involved in a costly village-to-village counterstroke, this time to relieve the besieged defenders of Lauban. One of these villages was Sieffersdorf, a quiet hamlet set in the peaceful Silesian countryside. At 1300 hours, the division went about setting up its attack. Panzergrenadier Regiment 98 set up a security line in the west of the town, where a number of Soviet tanks with riders had been spotted. Panzergrenadier Regiment 28 was tasked with riding the Panzer IVs of the 10th Panzer Regiment in a frontal assault on the town. The Panthers of the I. battalion were ordered to take Point 480 to the east of the town, following that up with a wide counterclockwise encircling maneuver completely around Sieffersdorf.
Attacker: German (Bataillon II., Panzer Regiment 10 and Panzergrenadier Regiment 28, 8th Panzer Division)
Defender: Russian (Soviet 4th Tank Army) 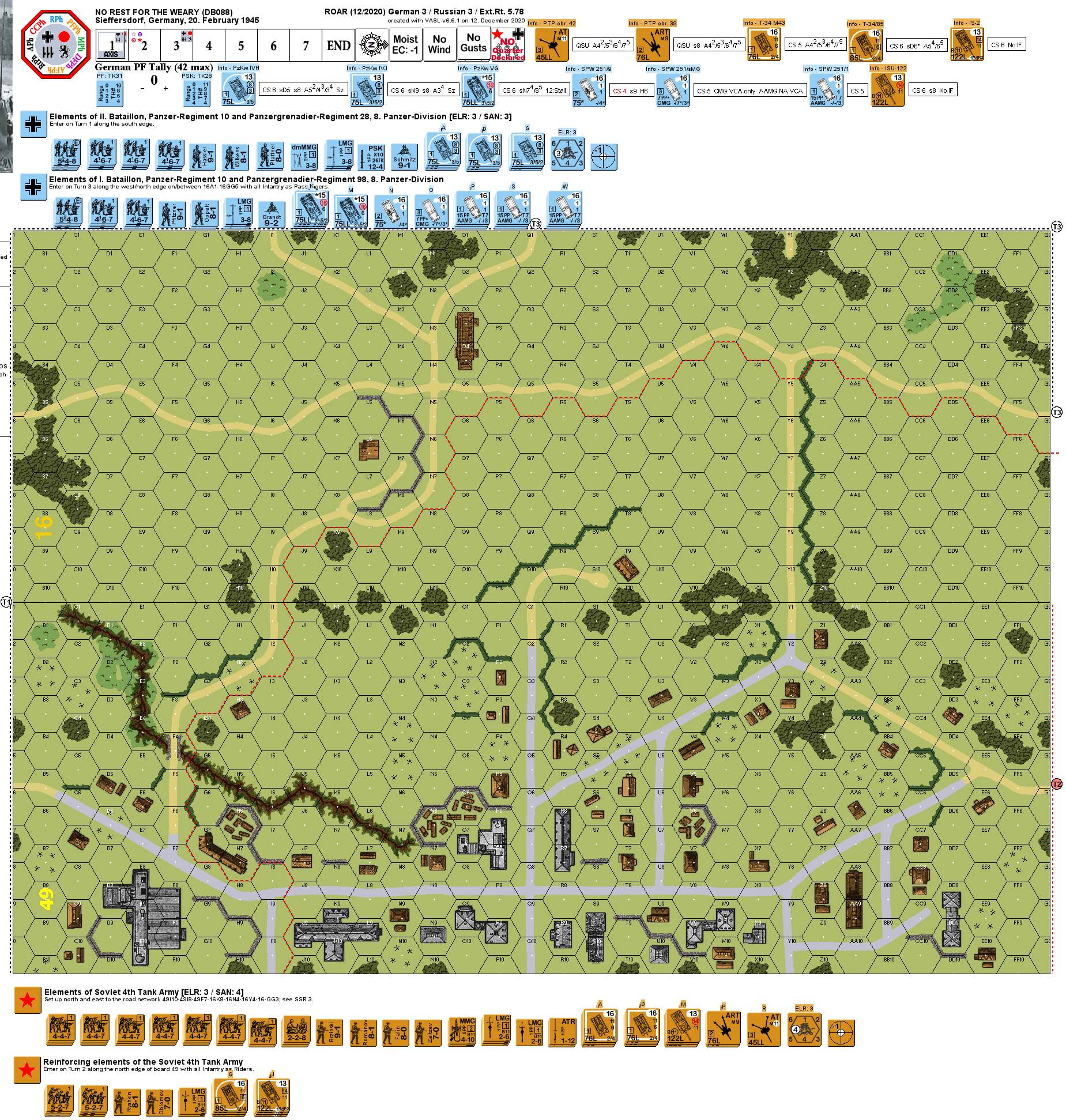 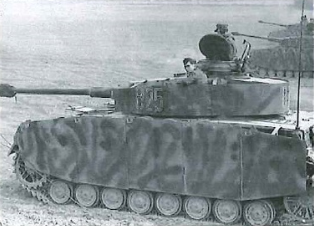