Of the three British routes for the march into Arnhem from the drop zones, only the 2nd Battalion’s ‘Lion Route’ by the Rhine were the British actually able to reach the bridge. The Germans obviously understood 3rd Battalion’s intentions along the Utrechtseweg, so Lt. Col. Fitch detached Major Lewis’ “C” Company and sent it along a side road in a flanking attempt. The instructions were simply “That’s the bloody way. Get moving!” Following the railway as the evening light faded, “C” Company made amazing progress while taking out an armoured car, dodging other enemies and losing only one man. Unfortunately, a reserve from Kampfgruppe Knaust was forming nearby. . .
Attacker: British (C Company, 3rd Battalion, 1st Airborne Brigade)
Defender: German (SS) (SS Kampfgruppe Knaust) 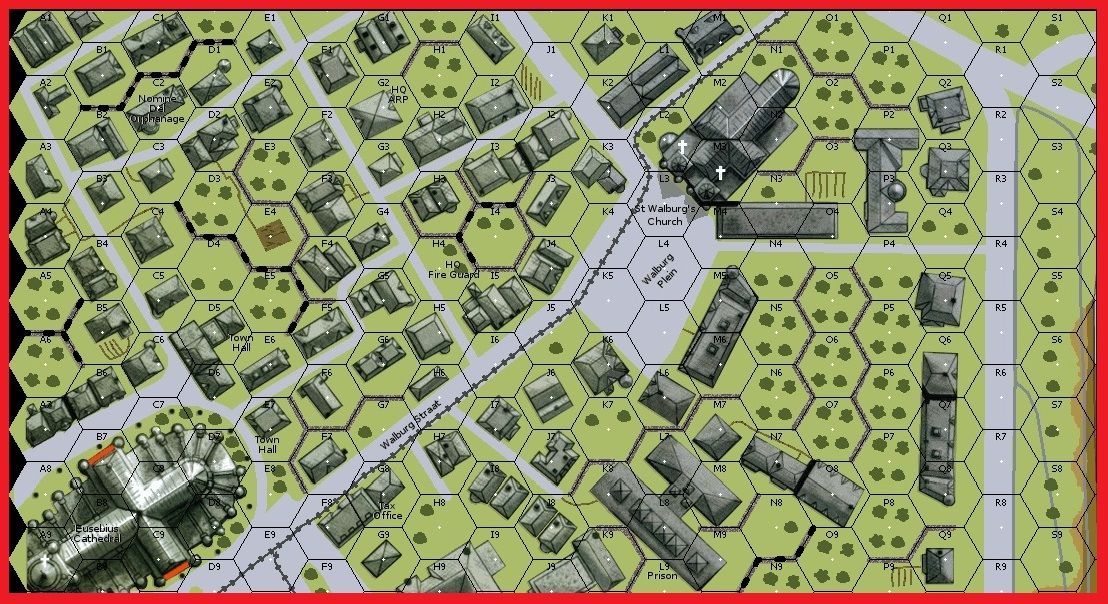