In the overall planning of “Watchtower”, the simultaneous assault on Florida and Guadalcanal, the capture of Gavutu-Tanambogo was a “side-show”, a necessary but minor element in the whole operation. The 1st Marine Parachute Battalion was chosen for the task. Mustering on 397 men, they were, unbeknownst to military intelligence, outnumbered by the Japanese defenders on the islets. Due to a shortage of landing craft and the higher priority given to other assaults, their attack did not begin until noon, four hours after the American landings on Tulagi and Florida and alerted the defenders. Finally, the Marine paratroopers were lightly armed, for it was never intended that they be used in such a role. An impressively furious but ineffective bombardment from a light cruiser and two destroyers rocked Gavutu during the paratroopers long run in from the east. Dive bombers from the USS Wasp swooped in to strike the Japanese as in three waves, twelve boats carried the Marines towards the seaplane ramp where they were to land.
Attacker: American (USMC) (1st Marine Parachute Battalion)
Defender: Japanese (Gavutu Defense Force) 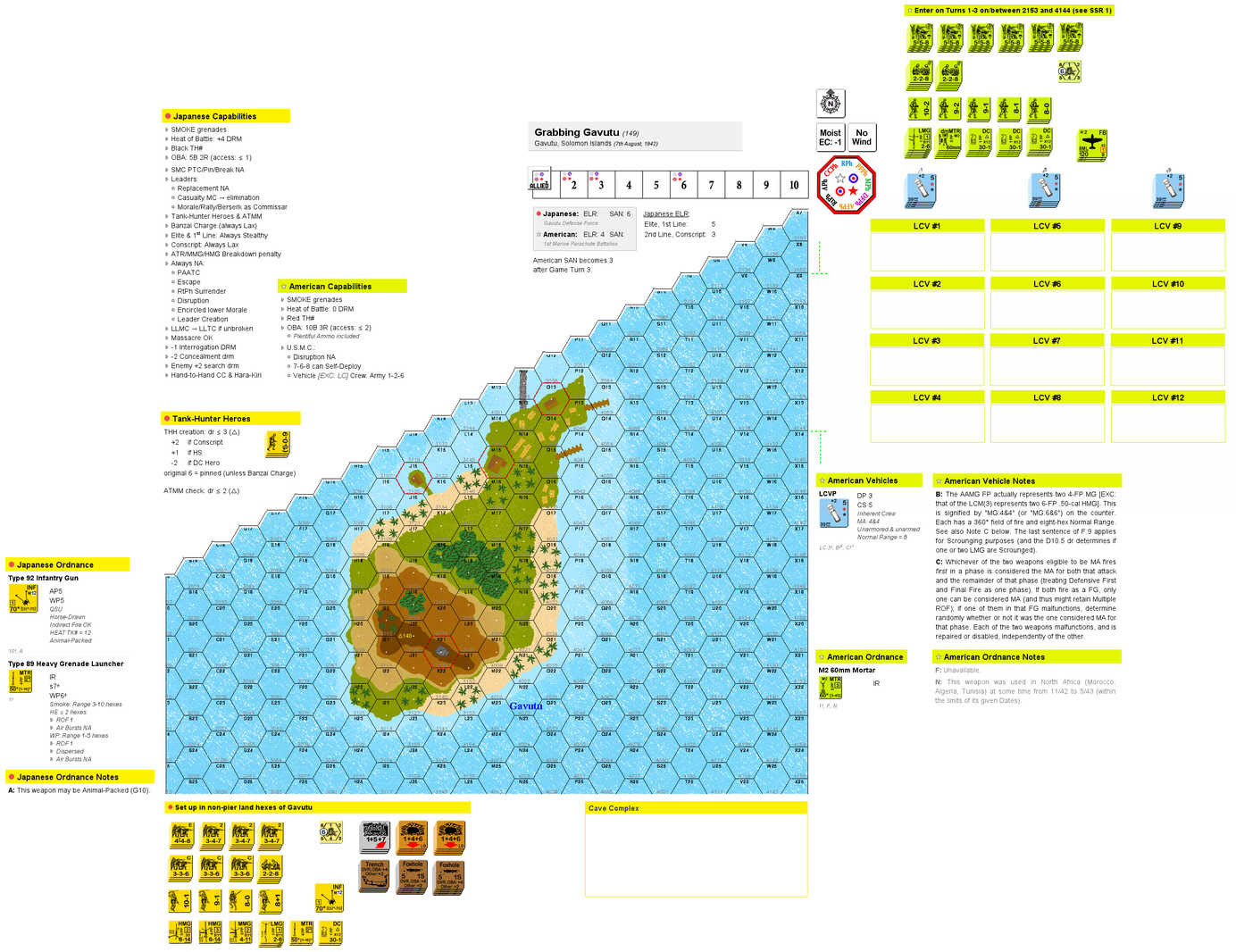 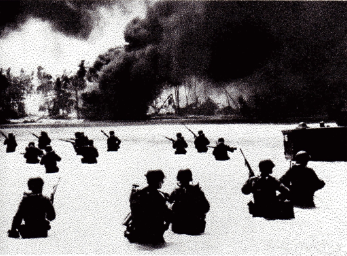