Many of the Japanese troops defending Clark Field were less than front-line quality. Lieutenant Colonel Seikuke Eguchi, however, scrounged for them every available machine gun from the destroyed aircraft littering the runways. As the remains of Kembu Group were being pushed into the foothills of the Zambales Mountains, Eguchi decided to counterattack. After clearing Clark Field, the “Battling Buckeyes” of the 37th pushed into the ruins of Fort Scotsenberg. On the morning of the 29th, Eguchi’s infantry hit the American defenses, and were repulsed. Another counterattack led by six tanks of the Yanagimoto Detachment struck the right flank at Barrio Tacondo.
Attacker: Japanese (Eguchi Detachment/Yanagimoto Detachmen)
Defender: American (3rd Battalion, 129th Infantry Regiment/Cannon Company, 3rd Battalion, 637th Tank Destroyer Battalion) 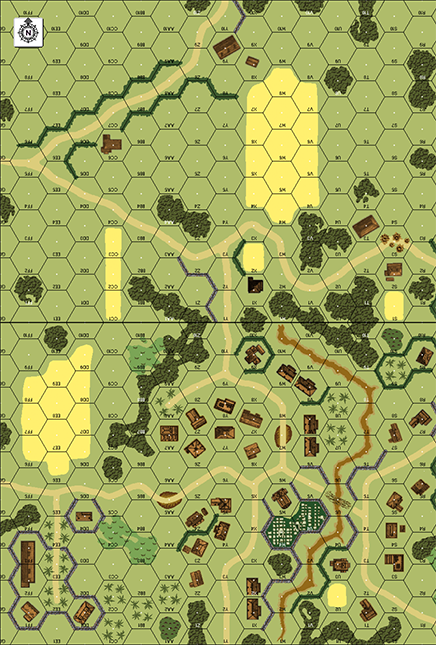 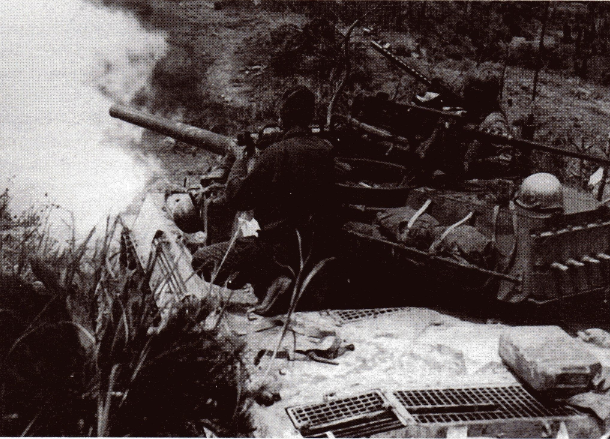