At first light on the 18th, soldiers from the 168th Brigade began creeping forward at Rovereta, with support from some Shermans of the 7th Hussars. Rovereta’s name, in Italian, refers to a wood of Sessile Oaks. The only ‘oak’ standing astride the ford over the Ausa River, known as the ‘Benefizio Ford’ stood tall in the form of the fire of German machine-guns and cannon. With the bridge over the Ausa blown, there was no way across and muddy roads and heavy traffic soon created a traffic jam. After suffering heavy losses, the British were able to lodge a bridgehead over the Ausa River by nightfall.
Attacker: British (Elements of the 168th Brigade, 56th Infantry Division and A Squadron, 7th Hussars)
Defender: German (Elements of the 870th Regiment, 356th Infantry Division) 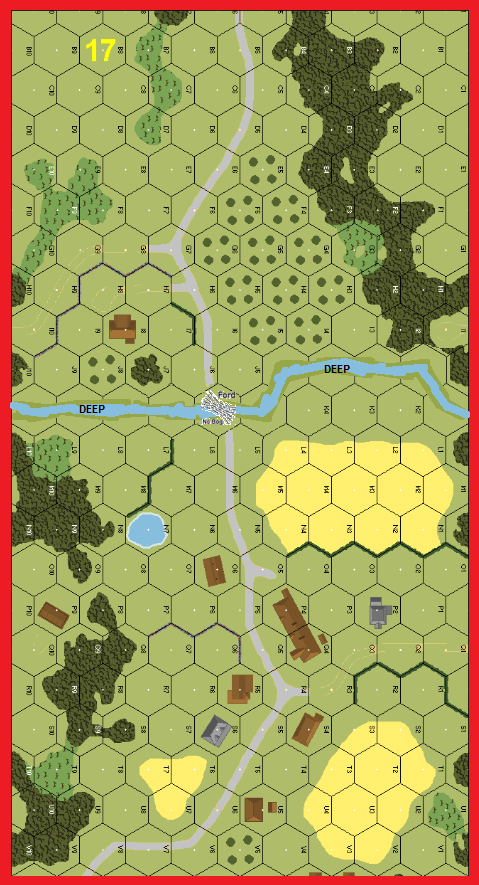