As the German 24th Panzer Division advanced towards Stalingrad, it was detailed to deal with concentrations of Soviet tanks and infantry in the Gavrilovka region. By the 31st of August, the division was holding positions before Hill 128.5. To the north was a rail line that a day earlier had been used by an armored train to attack the Germans. 88mm guns were brought up and destroyed the train. Then on the late afternoon of the 31st, the Soviet 2th Armored Brigade attacked the rail line with tanks and two battalions of infantry.
Attacker: Russian (Elements of the 24th Armored Brigade)
Defender: German (Elements of Panzer Regiment 24 and Flak Regiment 602 and Panzer Grenadier Regiment 21) 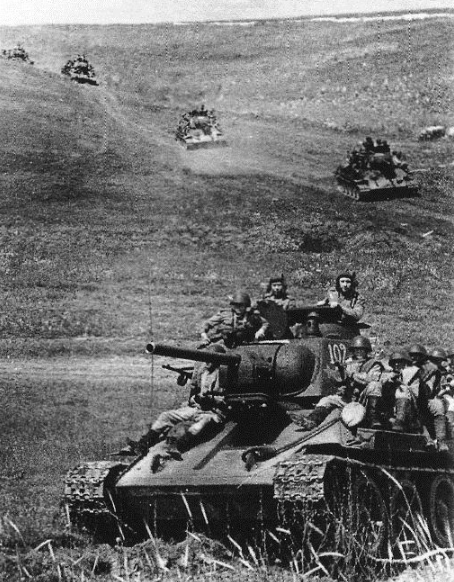 T-34s heading for the rail line 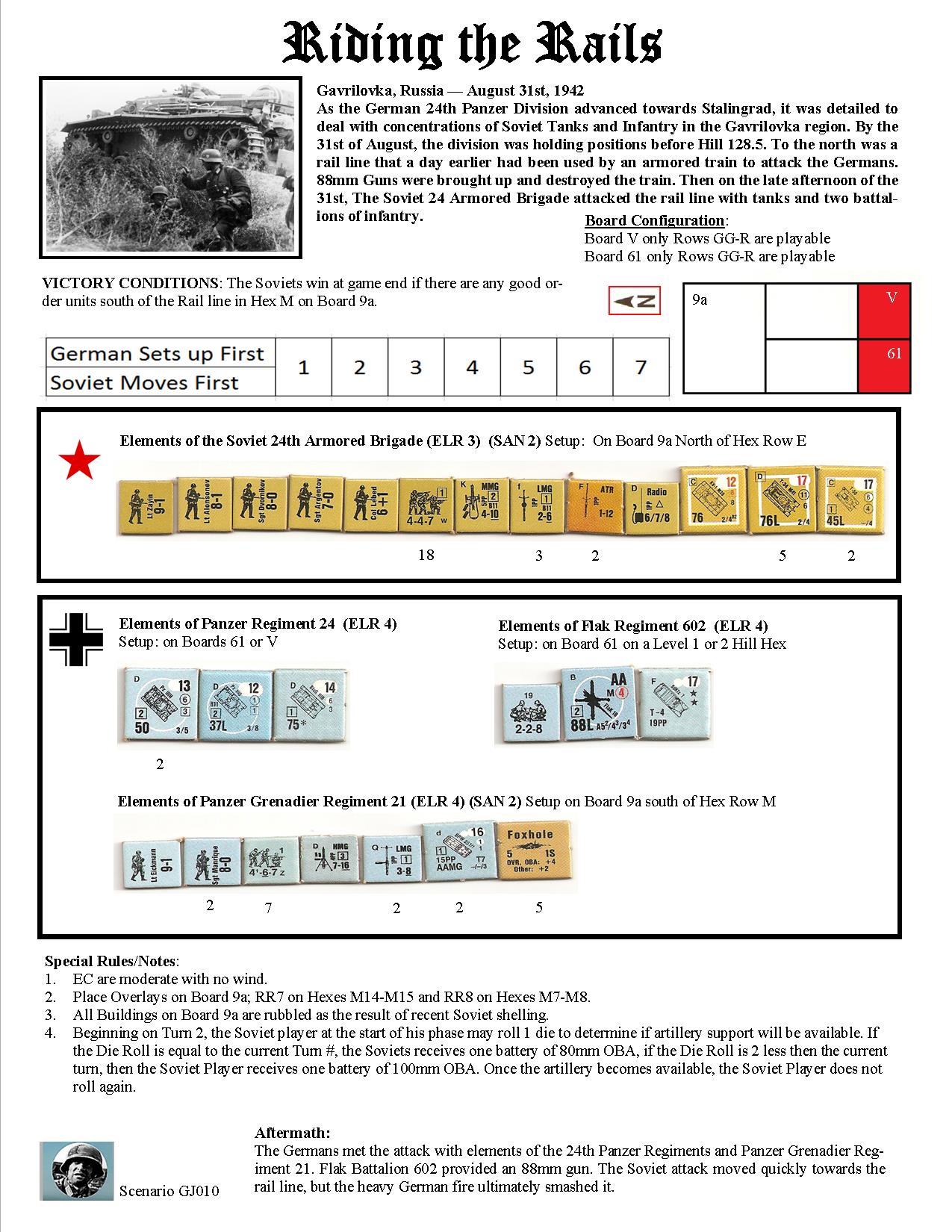