In front of A and C Companies of the Royal Hamilton Light Infantry, B Company, under the command of Major Duncan Kennedy, was attacking the Schwanenhof farmstead, located a few hundred yards past the Goch-Kalkar road. The Kangaoos dropped the men short of their objective, from where they had to continue their assault over open ground without the benefit of armor support. Lt. Williamson’s platoon provided covering fire and smoke from their 2-inch mortar.
Attacker: Canadian (B Company, Royal Hamiliton Light Infantry)
Defender: German (Fallschirmjäger-Division 6) 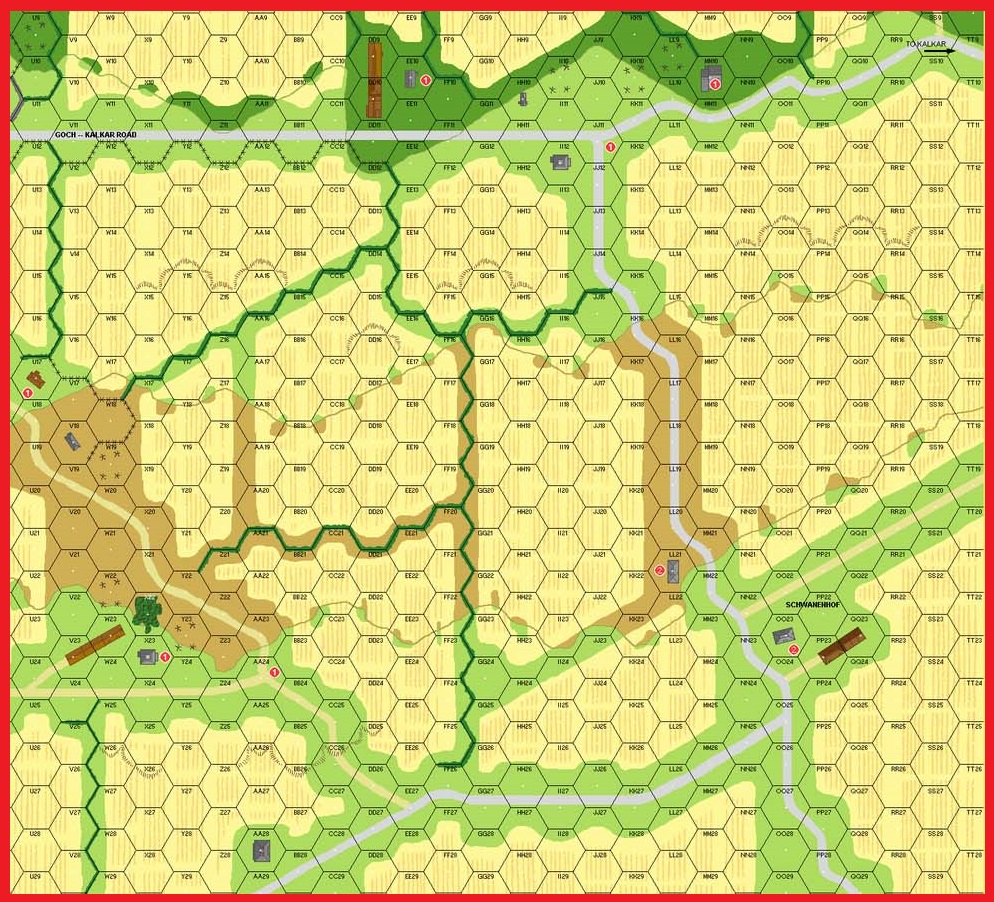 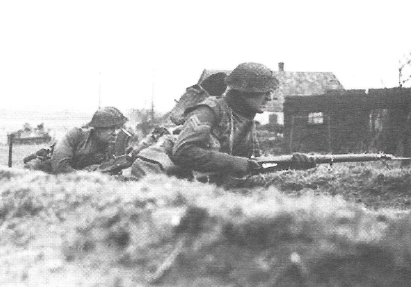 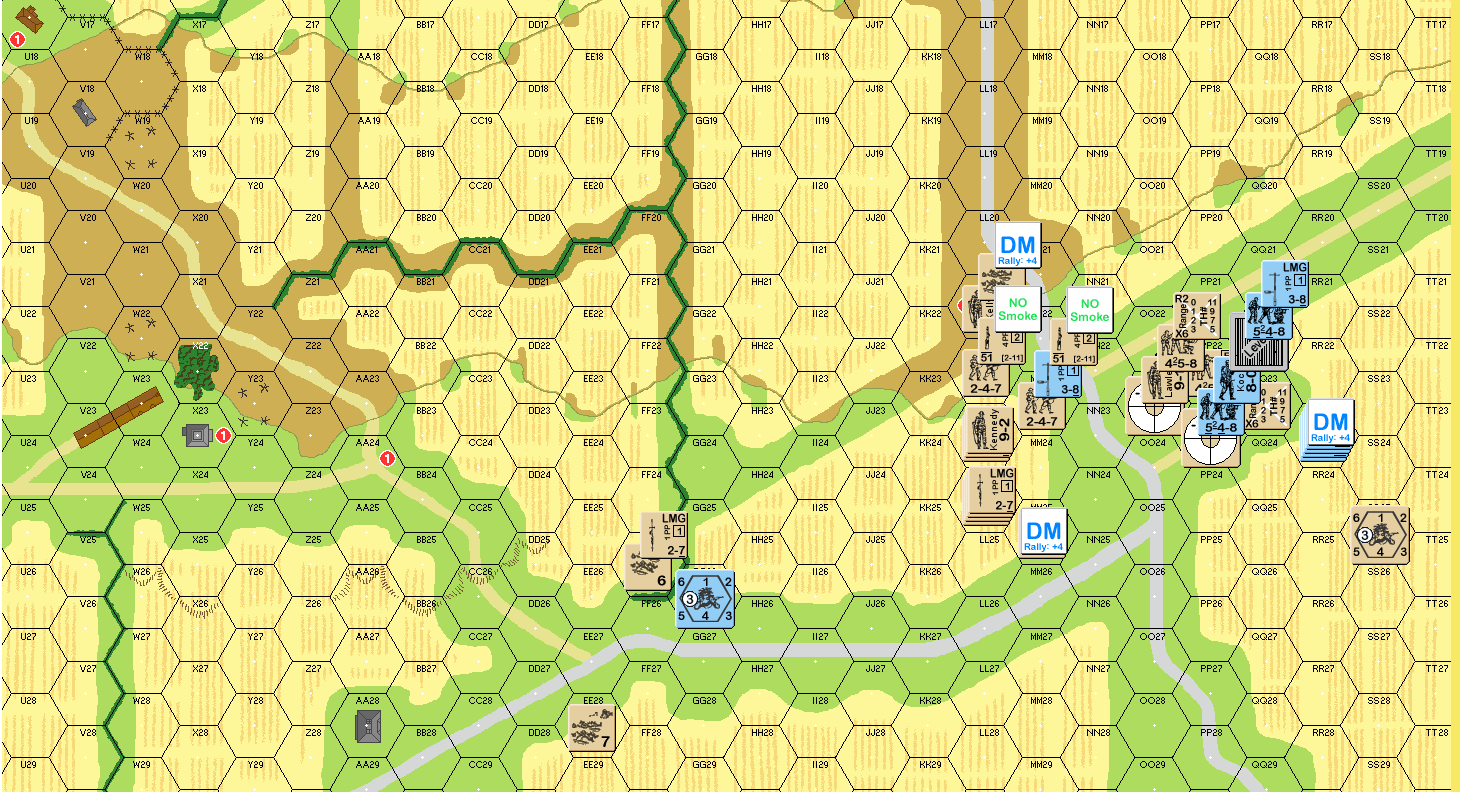