Fallschirmjager Regiment 2's seizure of Ockenburg airfield was a success. However, the German probe toward the hague had been stopped and now the whole Dutch Army was on alert and heading toward the German landing sites. Companies 2 and 3 of the Garderegiment Grenadiers were approaching the airfield when they ran into positions the fallschirmjagers and luftlande troops had established at a crossroads east of the airfield. Heavy German fire and a brief fighter plane strafing temporarily stopped the Dutch advance. From a water tower in Poeldijk, a Dutch forward observer took full advantage of his panoramic view of the Ockenburg airfield. Around 100 hours, the observer plastered the Germans with the fire of three batteries of 120mm howitzers. This was the signal for the Dutch Grenadiers to resume their attack.
Attacker: Dutch (Elements of 1e and 2e Compagnies, Garderegiment Grenadiers, 1e Divisie)
Defender: German (Elements of Kompanie 1, Infanterie Regiment 65, Infanterie Division 22 and elements of Kompanie 3, Fallschirmjager Regiment 2, Flieger Division 7) 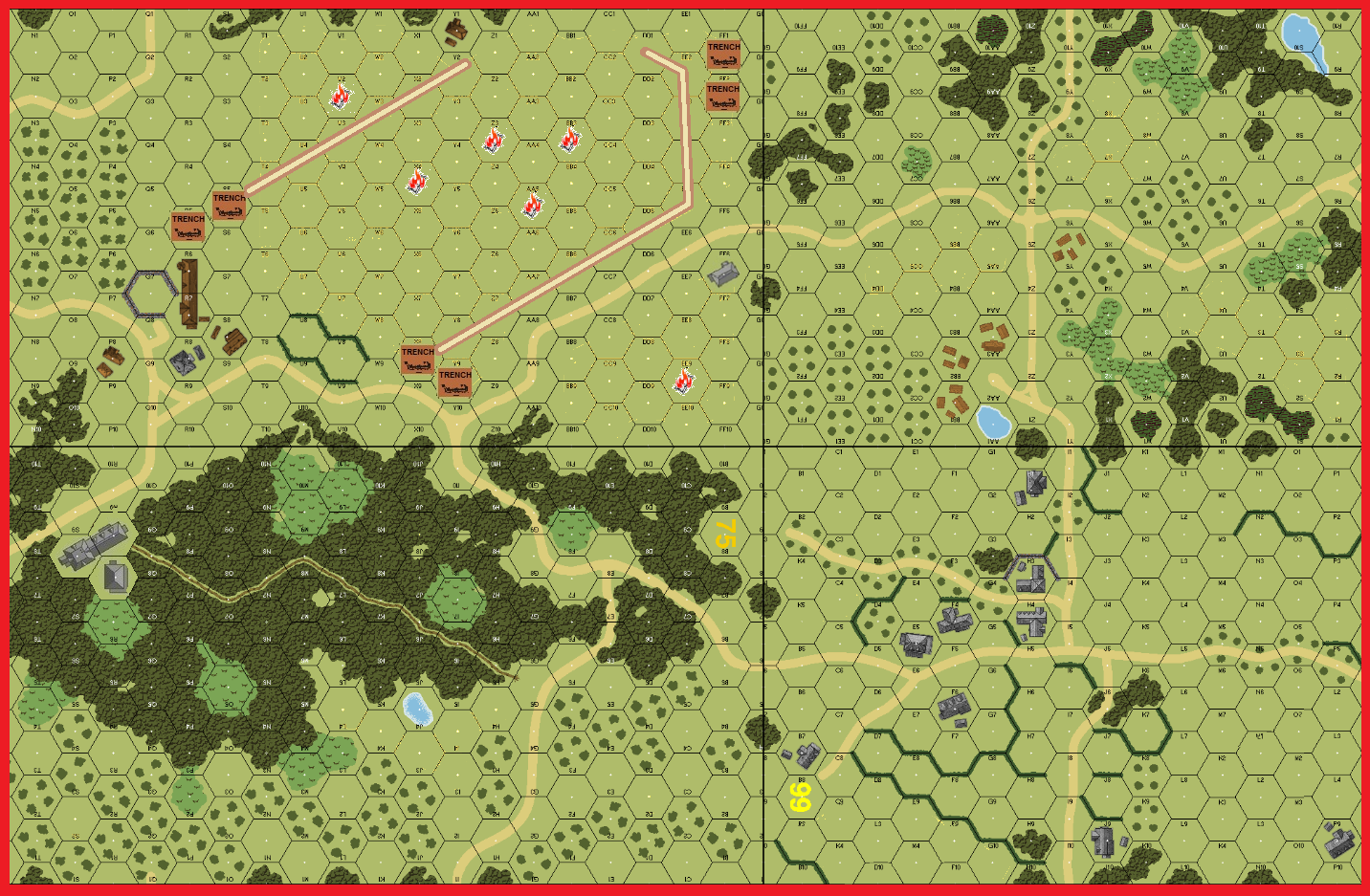