Separate briefings for each side. GERMAN: Corps command has once again assigned the 389th to your sector to wipe out the Communist bandits in the factory area. Press on to the Volga!. . . RUSSIAN: We shed the Fascist blood in the Owrashnaya Woods on 27 September. STAVKA ordered a Special Defense Command be set up opposite the city, providing your unit with plentiful artillery and reinforcements. Using your new strength, exact a heavy toll from the Fascists as you hold your ground.
Attacker: German (Elements of the 94th Infantry Division and 16th Panzer Artillery Regiment)
Defender: Russian (Elements of the 37th Guards Rifle Division and Tractor Works Militia) 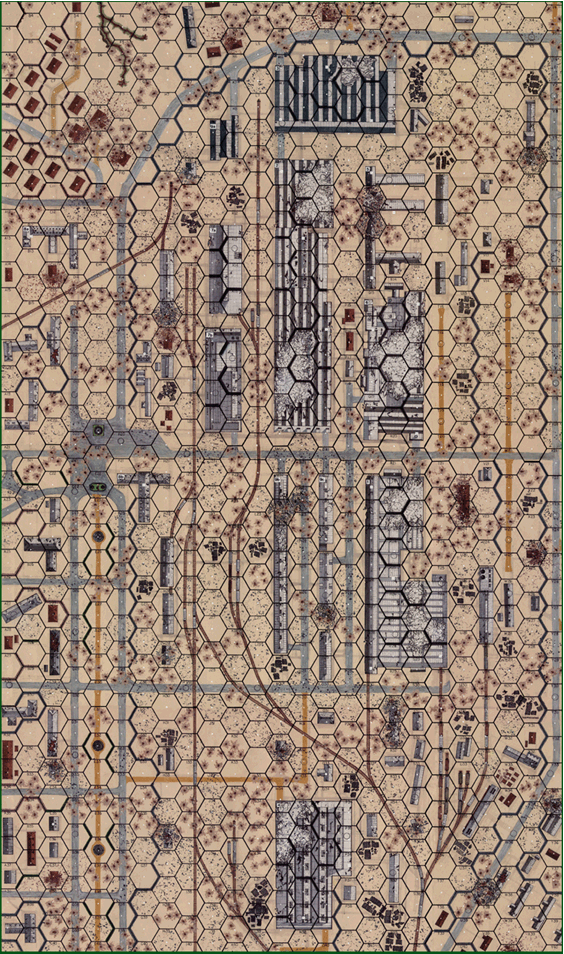