The most important objective in the northern sector of 1st SS Panzerkorps was the small village of Krinkelt which sat astride the junction of tow roads that led toward Elsenborn Ridge. The first strike on day one of Wacht Am Rhein was to come from the 277th Volksgrenadier Division, through a wooded area that was part of the front of the 393rd Infantry Regiment, 99th Division. While Grenadier Regiment 989 made good progress, the first echelon of foot soldiers from Grenadier Regiment 990 came out of the woods and faced the daunting task of crossing a kilometer of open fields, and in daylight, as they had not managed the passage while still under cover of night. First light revealed the oncoming German waves of feldgrau. . . and exposed them to mortar and artillery fire that seemed unlimited to the lowly landsers.
Attacker: German (Grenadier Regiment 990, 277th Volksgrenadier Division)
Defender: American (393rd Infantry Regiment, 99th Infantry Division) 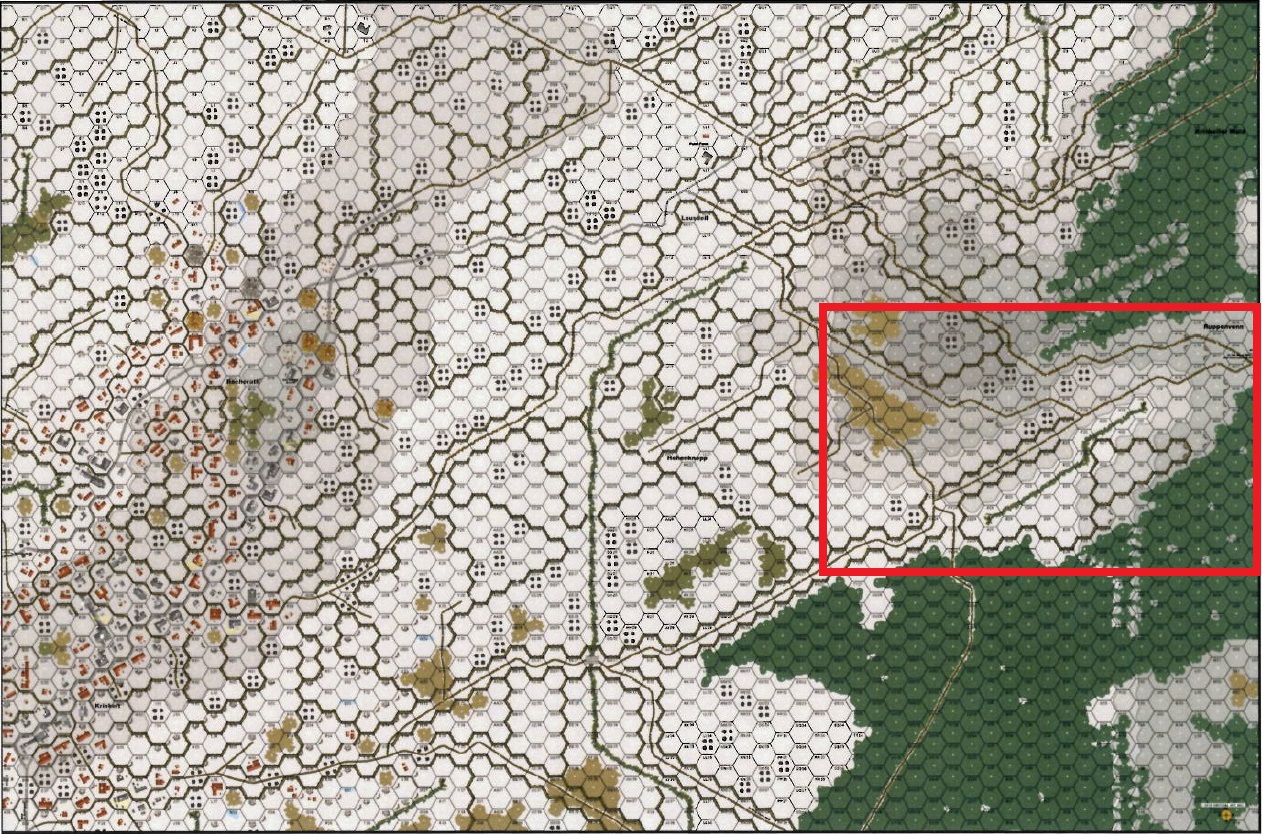