As night fell at Dinant, Panzer-Division 7 had crossed the river against stiff French resistance. But their bridgehead was not yet secure. The French defenders had fallen back from the cliffs and were reorganizing in the farms and villages behind the cliffs. Rommel ordered the southern reentrant cleared and the small village of Saint-Médard secured.
Attacker: German (Aufklarungs-Kompanie, Panzer-Division 7)
Defender: French (2ème Bataillon, 66ème Régiment d'Infanterie, 18ème Division d'Infanterie) 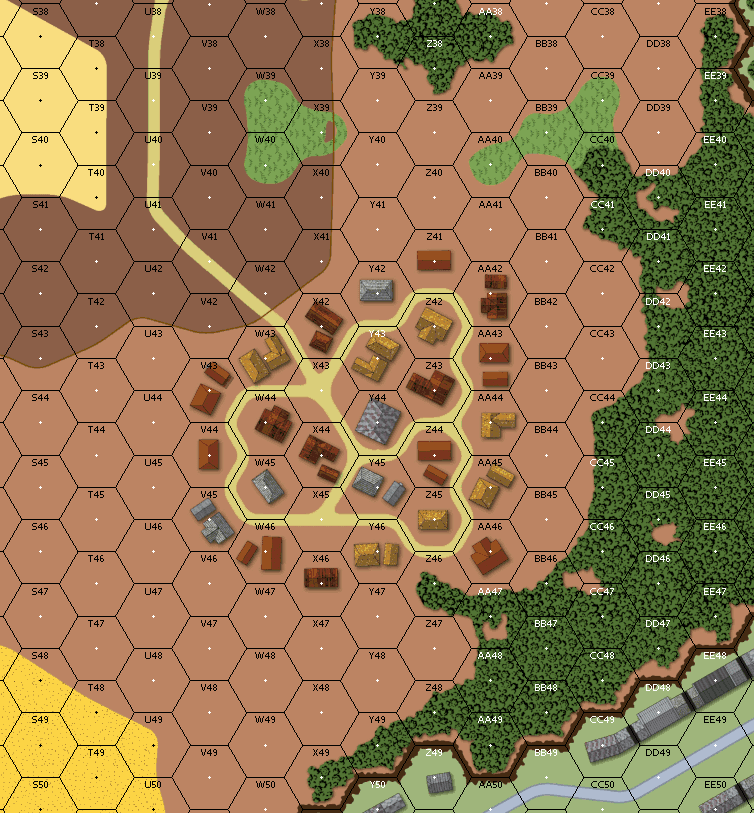