Four days into the battle, the 14th Armored Division, supported by infantry from two battalions of the 315th Infantry Regiment, had managed to temporarily halt the momentum of Panzer-Korps XXXIX. Switching to the offensive, American tankers sought to reclaim Hatten and Rittershoffen, the majority of which remained in German hands. Combat Command R was assigned the task of pushing the Germans out of the southern section of Hatten, which included the key locations of the railway station, the cemetery, and the southeast road out of Hatten. Elements of Panzergrenadier-Division 25 had been rigorously defending this piece of terrain for several days. They would not be easily dislodged.
Attacker: American (B Company, 19th Armored Infantry Battalion and 3rd Platoon, C Company, 47thTank Battalion, 14th Armored Division)
Defender: German (Kompanie 3, Bataillon I, Panzergrenadier-Regiment 35, Panzergrenadier-Division 25 with Panzer-Abteilung 1, Panzer-Regiment 22, Panzer-Division 21) 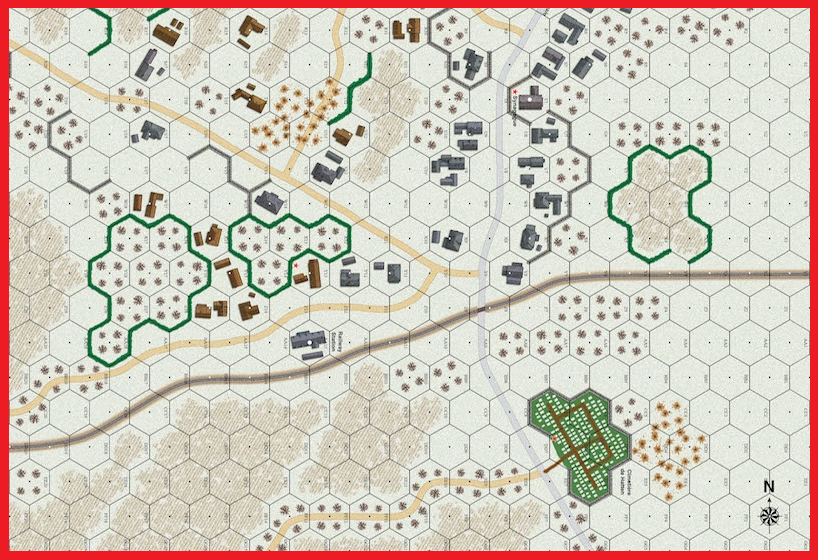