SCENARIO CARD is below under User Files . . . .The opening assault on the Red October Factory complex the day before gained valuable ground. Although nearing the point of exhaustion, the Germans were determined to push forward in an effort to capture their original objectives and drive the Russians all the way to the Volga. The Russians, desperate to prevent the 62nd army from being cut in half, counterattacked in the south in order to buy the time needed to ferry the rest of the 39th Guards across the river.
Attacker: German (Infanterie-Regiment 212, Sturmgeschültz-Abteilung 244 and the 179th Infanterie-Division)
Defender: Russian (112th Guards Rifle Regiment, 39th Guards Rifle Division and Factory Militia) 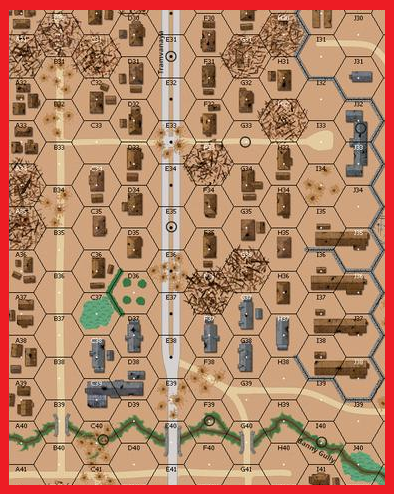