Published by: Critical Hit. October 2011
(Log in to add this module to your collection
or to see your play details)

Moving images of the Battle of the Bulge often include German soldiers in their long greatcoat scuttling across the fields from their dark forest lairs, the men of the Volksgrenadier divisions. Now YOU can push cardboard around while you play out the epic stand at Hotton on three fully remastered maps that includes all the counters you need to play and a total of 20 scenarios in all. Darkest December for ATS TT includes all the combat counters and large markers you need to play, ships in a Ziploc® style bag, just bring your ATS rulebook and play aids and the standard small ½" marker counter sheet and you are IN ACTION in this new take on the Battle of the Bulge classic!

Darkest December covers the battles around Hotton in which American soldiers had to deal with the sudden German onslaught using the Advanced Tobruk System rules and new ATS TT counters. 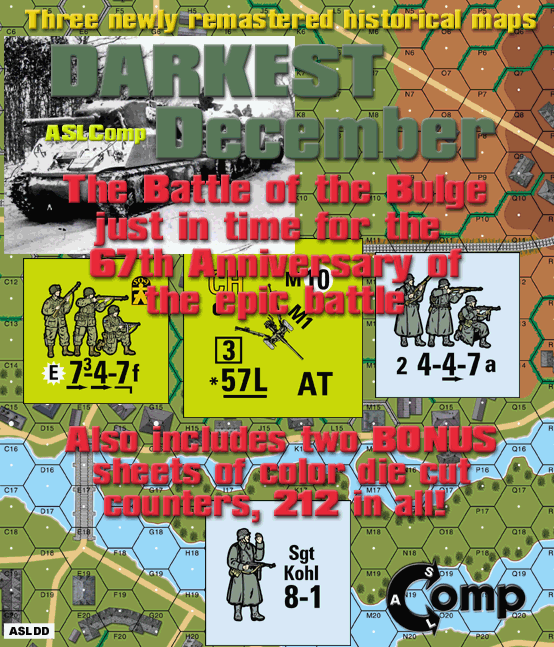