Published by: Critical Hit. July 2021
(Log in to add this module to your collection
or to see your play details)

The 17th Panzer Division had captured Borisov and the railroad bridge across the Berezina. But Corps insisted on a larger bridgehead and ordered the 18th Panzer Division to follow the 17th to the Borisov area and establish more crossing points. Lead elements of the 18th came in behind the 17th and moved south of Borisov to facilitate their commander’s orders to capture another bridge over the Berizena. The rain covered their work, as well as the weak patrolling on the part of the 100th Division commander, focused on the loss of the railroad bridge at Novy Borisov. A patrol of Russians, making their way to counter-attack Novy Borisov, rounded the bend and spotted the Germans building the bridge, and laid in the attack.

Barbarossa is in full flight and you will join the action with a set of 8 scenarios and 4 large semi-geo maps that create an overall play area of about 24" × 36". 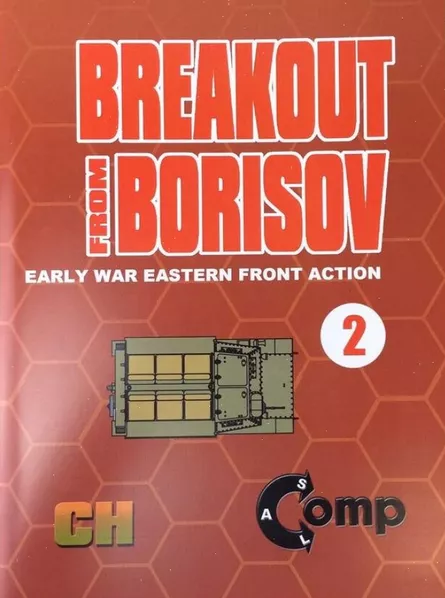