Published by: Advancing Fire. November 2022
(Log in to add this module to your collection
or to see your play details)

The Tournament Director created his pack! Enrico Catanzaro known in ASL world as "ecz" uses his almost 30 years of experience as a player and Tournament Director to create a pack of scenarios where emphasis is on replayability and balance. Not all the scenarios in the pack are tournament size, but all require careful planning on both the defense and the attack. The original interaction between VCs and tactical options often leads to very peculiar situations.
The real innovation and novelty is that all sixteen scenarios feature an original bidding system designed to establish the victory conditions (within a predetermined range) and to assign sides at the same time. During the pre-game bid, players decide via this bid system the side and the Victory Conditions required. Depending on the scenario, it could be a number of EVPs, a number of buildings to control, a number of CVP to amass, etc... Invariably both players must bid a number representing the achievement they believe they can reach playing the bid side, usually the attacker side. The higher bidder wins and gets that side. Ties are resolved by a die roll.
The net result of this mechanism leads each player to play the side they prefer while the VCs are invariably set at a level that the attacker believes is still acceptable (in fact the winner of the bid believes he can reach that objective, otherwise, why bid that high?). In the end, if the VC bid was too high or too low unbalancing the scenario, then the losing player has only himself to blame for not bidding appropriately.
Note that although this system is perfect for highly competitive play, any scenario in the pack is fully usable for non-competitive use by players of any level. In fact, the use of the bidding system establishes a middle ground for any of the scenarios, resulting in a challenging game for all players. Thus anyone can still start to play any scenario immediately with no preliminary study. In any case, after a pair of games, most players will be able to find their "ideal" bid level in tune with their skills and preferences and could decide to offer a bid pushing the VCs toward the top or the bottom of the range allowed. 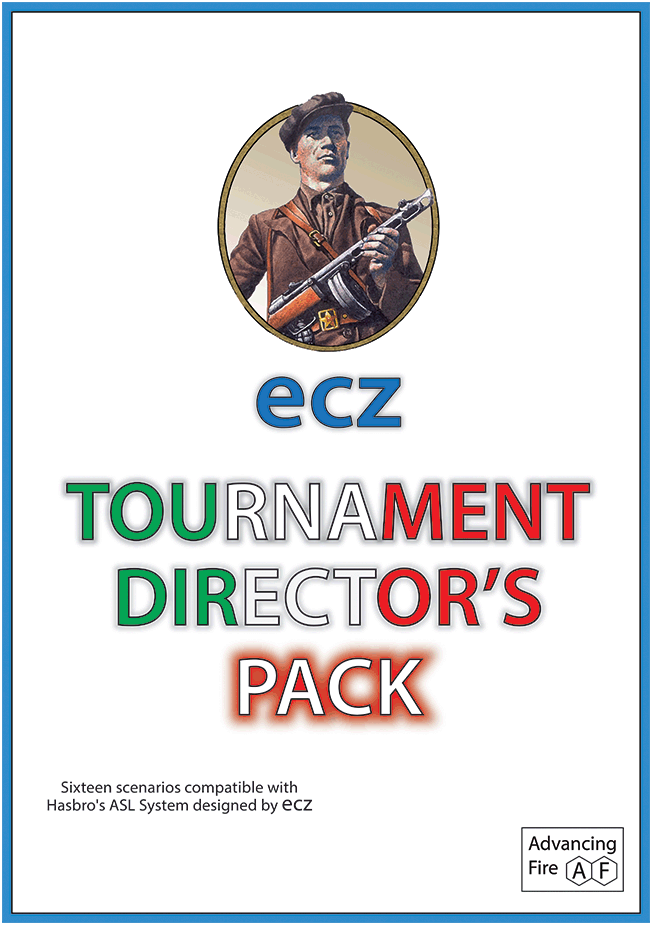